Metals are ubiquitous in the environment and may contaminate our food. Among the metallic contaminants which may be found in our food, four of them, namely arsenic , cadmium , lead and mercury are identified as of major public health concern by the World Health Organization. In this article, we are going to explore ways to reduce their exposures from the respective major food contributors of the population as revealed from the local Total Diet Study.

Arsenic is a metalloid that occurs in inorganic and organic forms. The International Agency for Research on Cancer (IARC) has concluded that arsenic and inorganic arsenic compounds are carcinogenic to humans (Group 1).

Arsenic may be present, due to absorption through soil and water, in various foods. Rice in particular can take up more arsenic than other grains while inorganic arsenic is considered the significant toxic form of arsenic in rice. Polished (white) rice contains less inorganic arsenic than husked (brown) rice as polishing can remove bran layer which contains most of the inorganic arsenic. However, there are also benefits associated with the consumption of brown rice e.g. high content of dietary fibre. 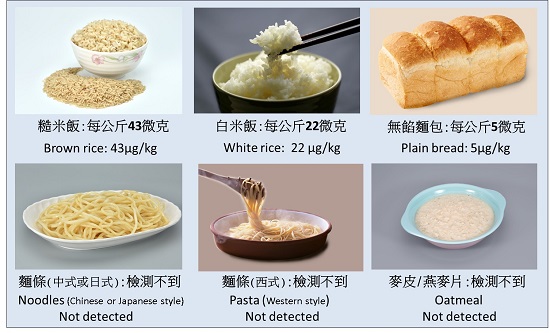 Figure 2. Average level of inorganic arsenic in various cereals and their products as revealed in the local Total Diet Study .

Mercury exists in several forms i.e. metallic, inorganic and organic. Methylmercury, an organic form of mercury, is more toxic than inorganic mercury. The primary health effect of methylmercury is impaired neurological development in foetuses, infants, and children. Methylmercury exposure in the womb, which can result from a mother’s diet, can adversely affect a baby’s growing brain and nervous system.

However, consuming a variety of fish and maintaining a balanced diet are important as fish contains many essential nutrients for growth and development such as omega-3 fatty acids and high quality proteins. Women and young children in particular should include fish in their diets.

Lead contamination of food arises from various sources, including air and soil. Chronic exposure of lead may lead to reduction of intelligence quotient (IQ) in children and increase in blood pressure in adults respectively.

“Vegetables and their products” is the main dietary source of lead (30% of the total exposure) in the local population. Leafy vegetables are more vulnerable than non-leafy vegetables or root vegetables to deposition from airborne lead e.g. from industrial pollution.

Adequate amount of vegetable intake (daily intake of at least 3 servings; about 80g per serving) is an essential component of healthy eating. Wash vegetables, particularly leafy vegetables, thoroughly in water before cooking can remove a significant portion of lead-contaminated dust and soil that are deposited on the surfaces of the vegetables. In addition, maintaining a balanced diet with a variety of vegetables, not limited to leafy vegetables, can also avoid excessive exposure to lead from a small range of food items.

In the next issue…

We will continue with the remaining metallic contaminant – cadmium, which is also of major public health concern.