Lead Exposure in Our Everyday Life

From time to time, there are safety concerns over our exposure to lead, be it through dietary or other routes. The more recent episode has been the series of toy recall in relation to lead-containing paint. The following article, being the second in this series on "Metallic Contaminants in Food", will focus on the various sources from which people are exposed to lead in their everyday life, as well as the ways that people may reduce their exposure to this particular metal.

What is Lead? Where does it Come from?

Lead is a metal that exists naturally in the Earth's crust and is ubiquitous in the environment. Lead has many industrial uses such as production of petrol, batteries, paints and ceramic glazes, and is used in solder applied to water distribution pipes and to seam of food cans, and in crystal glassware, although some of its usages have already been or are in the process of phasing out due to tighter regulatory control or advances in technology.

How are People Exposed to Lead?

Lead can enter the human body via ingestion, inhalation and skin absorption. For those people who are involved in occupations such as painting and decorating, plumbing, construction work, and car repair, they are exposed to higher levels of lead from their work environment. For tobacco smokers, smoking is another source of lead exposure. As lead can exist as an airborne contaminant, all people are exposed to certain amounts of lead through breathing. In places where lead may still be used in the plumbing systems e.g. lead pipes and fittings, drinking water can be a source of exposure as lead may leach or dissolve from the plumbing system. In Hong Kong, lead pipes and fittings are not used in the plumbing systems, therefore drinking water is not a significant source of lead in the territory.

For ordinary adults, diet is the main source of lead exposure whereas diet, air and dust or soil are the main exposure sources for children. Young children frequently put their fingers and other objects into their mouths, and thus are more prone to ingestion of lead paint chips and house dust or soil that may contain lead particles.

As a result of global efforts to reduce human exposure to lead in the past two to three decades, which may include measures in regard to environmental control (e.g. banning the use of leaded petrol in some countries) and food processing (e.g. better canning methods), both total and dietary exposures to lead are generally on a declining trend.

How does Lead Enter Our Food?

Lead present in soil may be taken up into plants (e.g. cereals and vegetables), or lead particles in air may deposit on the surfaces of their leaves and stems. Aquatic food animals, especially shellfish, may accumulate lead from contaminated waters and sediments. 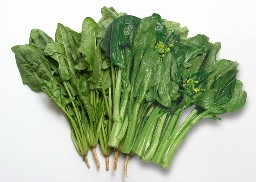 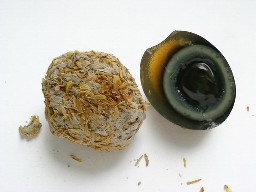 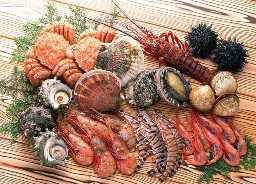 Lead is sometimes added to food intentionally as an additive, for example, in the traditional way of manufacturing lime-preserved eggs (also known as thousand-year-old eggs), although alternative methods using copper or zinc compounds are now available. On the other hand, lead may be inadvertently transferred to food from lead-containing utensils such as food cans, ceramic ware and crystal glassware.

What are the Effects of Lead on Health?

Lead has no essential function in man, but has a number of adverse effects. Short term exposure to high levels of lead can cause abdominal pain, vomiting and anaemia, whereas chronic low-level exposure can cause retarded cognitive and intellectual development in children. Infant, young children and foetus are more sensitive to toxic effects of lead, especially in regard to the damages to their central nervous system.

The Joint FAO/WHO Expert Committee on Food Additives (JECFA) has established a provisional tolerable weekly intake (PTWI) of 25μg/kg body weight/week for lead. A study conducted earlier revealed that dietary exposures to lead among local secondary school students were well below the PTWI, meaning that their dietary exposure to lead was unlikely to cause harmful effects.