As revealed by routine food surveillance carried out by the Centre for Food Safety (CFS), excessive levels of preservatives have been detected occasionally in dried fruits and pickled vegetables. To get a better understanding of the situation, the CFS has recently conducted a targeted food surveillance on the use of preservatives (including sulphur dioxide, benzoic acid and sorbic acid) in preserved fruits and vegetables, the results of which were released on 27 September 2007. Some 460 samples were tested, 40 samples (9 per cent) were unsatisfactory. The vast majority of unsatisfactory samples were related to the presence of excessive levels of preservatives whereas a very small fraction was related to the use of preservatives that are not permitted to be applied in the respective food items. The CFS has taken appropriate follow-up actions, and advised the food trade to comply with legal requirements when using preservatives. 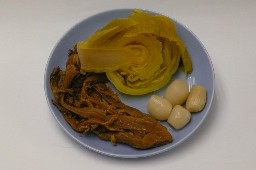 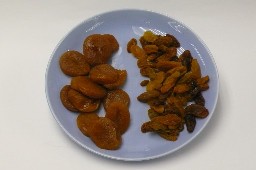 What is Food Preservation?

An array of preservation techniques have been developed which operate through those factors that most effectively control microbial growth and survival. These may include drying, curing, acidification, fermentation, heat treatment, refrigeration, vacuum and modified-atmosphere packaging, use of preservatives, etc. A combination of these preservation techniques are often applied together so as to achieve higher product safety, quality and acceptability.

How are Dried Fruits and Pickled Vegetables Typically Preserved?

Drying is one of the oldest methods of food preservation, and is the principal preservation technique applied in the preparation of dried fruits. Through sun drying or the use of other artificial drying equipment, a significant proportion of water is removed from the fruits so that the growth of micro-organisms is inhibited. Preservatives, particularly sulphur dioxide, may also be added so as to preserve the colour of some fruits such as apricots and raisins.

As regards pickled vegetables, the processing steps could be diverse. Salt is often added, although its quantities may vary considerably. Fermentation is often included in the preparation of pickled vegetables (e.g. sauerkraut, kimchi) but not all. Acid is formed during fermentation which in turn prevents the growth of undesirable micro-organisms. For non-fermented pickled vegetables, they are sometimes preserved simply by adding large quantities of salt so as to create an environment so salty that it is unsuitable for microbial growth. Vinegar may also be used to pickle vegetables. Sorbic acid and benzoic acid are two of the preservatives more frequently used in the preparation of pickled vegetables. Sorbic acid is effective at retarding the growth of many food spoilage organisms whereas benzoic acid is particularly effective in preventing the growth of yeasts and moulds.

What are the General Principles as Regards the Use of Preservatives?

The use of food additives including preservatives is justified only when such use has an advantage or serves particular technological function(s). Most importantly it should not present an appreciable health risk to consumers, and should not be used to mislead consumers. Preservatives should be used under conditions of Good Manufacturing Practice, in which the quantity added to food should be limited to the lowest possible level necessary to accomplish the desired technological effect.

Preservatives are regulated by maximum use levels which are specific for various food groups to ensure that the intake of preservatives from all their uses does not exceed their respective safety reference values (estimated amounts of preservatives that can be ingested over a lifetime without appreciable risk). The maximum use levels may vary between countries, so do the types of preservative that are permitted to be used in various food groups. Food manufacturers, therefore, should be aware of their relevant local regulations as well as the regulations in the country/region of sale.

What do the Targeted Surveillance Results Tell Us?

Sulphur dioxide, benzoic acid and sorbic acid all have long history of safe use. They are generally of low acute and chronic toxic effects, and should not pose significant health effect to consumers upon normal consumption of the preserved fruits and vegetables concerned.

How are Preservatives Regulated in Hong Kong ?

Preservatives are regulated under the Preservatives in Food Regulations, Cap.132 BD. The Regulations are currently under review with a view to reflecting the latest development in food science and technology, and to keeping abreast of international standards. Details of the legislative review are available from the CFS website .

Further information about preservatives can be obtained from the following webpages: