The following article, being the fifth and last in this series on "Metallic Contaminants in Food", will focus on mercury. The various sources from which people are exposed to mercury, as well as the measures that people may take to reduce their exposure to this particular metal will be discussed.

What is Mercury? Where does it Come from?

Mercury is a metallic element found at low concentrations in the earth's crust. Pure mercury is shiny, silver-white and liquid at room temperature. Traditionally it has been used to make products like thermometers, electrical switches, and some light bulbs. Mercury exists in three forms, namely metallic (elemental), inorganic and organic. Methylmercury, which is the most prevalent form of organic mercury, is the most hazardous form.

Mercury can be released into the air and water as a result of volcanic eruptions or weathering of rocks, as well as human activities such as combustion of fossil fuels (especially coal), gold and mercury mining, electroplating, waste incineration, etc.

How are People Exposed to Mercury?

People can be exposed to mercury in their occupational environment. In addition, dental amalgam fillings, Traditional Chinese Medicines and cosmetics are also possible sources of exposure to mercury. Diet, however, is by far the most important source of exposure in most general public.

In streams, lakes and oceans, mercury can be transformed by bacteria into methylmercury, the most hazardous form. Methylmercury is readily taken up by living organisms and is passed along the microscopic plants and animals to larger organisms via the food chain. It can accumulate in fish and bind tightly to the protein in fish tissues, thus large predatory fish such as swordfish, shark and marlin would have a greater tendency to accumulate higher amount of the chemical (Table 1). Fish is the major dietary source of mercury exposure in humans. Cooking cannot reduce the concentration of mercury in fish effectively.

Table 1: Fish that can contain higher levels of mercury 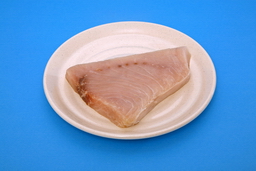 What are the Effects of Mercury on Health?

Mercury and its compounds have no known physiological functions in animals. Acute toxicity is often a result of occupational exposure, but that from dietary exposure is rare. Exposure to high level of mercury can cause adverse effect to the nervous system, especially the developing brain. Hence, developing foetuses, infants and young children are more sensitive to such toxic effects.

Obtain food supplies from reliable sources, and do not obtain fish and shellfish from contaminated areas.