On 20 August 2008, the media reported that a brand of rice imported from Thailand to Guangzhou contained cadmium exceeding the legal limit of Mainland China. Cadmium in food causes public concern because excessive intake over a prolonged period may pose possible health risk. This article provides more information on food safety relating to cadmium. 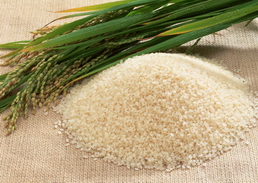 Cadmium is a metal present naturally in the earth's crust. It is also a pollutant from burning of fossil fuels, waste incineration, mining, electroplating and manufacture of various products like nickel-cadmium batteries, pigments, plastic stabilisers and fertilisers. Cadmium commonly exists in combinations with other elements in the environment as solids that may dissolve in water. It does not break down in the environment, but it can change its form.

Why is it Present in Rice and Other Foods?

Fish, plants and animals can take up cadmium from water and the environment. Crops such as rice and wheat readily take up cadmium present in the soil, as a result of its natural occurrence, from application of cadmium-containing fertilisers and waste from industrial discharges. Cadmium can go up the food chain when contaminated crops and plants are ingested by animals.

What Contributes to Cadmium Exposure?

Humans are exposed to cadmium through air, water, food and cigarette smoking. While smoking and inhalation in occupational settings are significant sources of cadmium in the exposed groups, foods represent a major route of exposure by the general public.

As reported by JECFA in 2005, the highest cadmium level found in over 37 000 rice samples from Europe and Far Eastern regions was 1.2 mg/kg, while the average concentration was 0.061 mg/kg. The wide range of cadmium levels found in rice may depend on presence of contaminated waters in the farming area, level of cadmium naturally present in soil and the agricultural practices adopted.

In 2002, our Department conducted a risk assessment study on " Dietary Exposure to Heavy Metals of Secondary School Students " to assess the intake of metallic contaminants including cadmium in Hong Kong. Results of this study indicated that the food group "seafood other than fish", particularly shellfish, was the main contributor (33%) of dietary exposure to cadmium, followed by the "cereal and cereal products" (27%) and "vegetables" (17%) groups.

Health Concerns of Cadmium in Food

Unlike inhalation of cadmium such as in occupational settings, intake of cadmium from the diet rarely causes acute toxicity, and existing evidence does not indicate cancer-causing potential through oral intake.

The main concern of cadmium from dietary exposure is its chronic toxicity, particularly in the kidney. Adverse effects such as abnormal excretion of protein, glucose and amino acid in urine have been observed in humans.

A safe intake level for cadmium has been established by JECFA to protect public health. This level, called the Provisional Tolerable Weekly Intake (PTWI), is set at 7 μg/kg body weight (bw). Transient excursion above the PTWI would have no health consequences provided that the average intake does not continuously exceed the PTWI which emphasises on a lifetime exposure.

What is the Local Situation?

The 2002 risk assessment study showed that dietary exposure to cadmium for the average and high consumers were 2.49 and 5.71 μg/kg bw per week respectively, both below the PTWI, indicating that adverse health effects due to exposure to cadmium upon normal consumption of foods in Hong Kong are unlikely.

How is Cadmium in Food Monitored in Hong Kong?

The CFS has been monitoring cadmium in foods under the food surveillance programme. The level of cadmium allowed in food is governed by the Food Adulteration (Metallic Contamination) Regulations, Cap. 132V. Between 2006 and August 2008, all rice samples taken for the analysis of cadmium, including five Thai rice samples taken in response to the incident, had been satisfactory.

Farmers should observe Good Agricultural Practice to minimise cadmium contamination in food crops. Traders should ensure that the foods they sell or import are fit for human consumption and comply with legal standards. Consumers are advised to take a balanced diet so as to avoid excessive exposure to certain chemicals or contaminants from a small range of food items.

Interested readers may visit the following web pages for further information relating to the subject: