Cadmium in Rice and Rice Products

Cadmium is a metallic element that occurs naturally in the Earth's crust. It can be released to the environment by human activities. Cadmium has a number of industrial applications, for example electroplating, nickel-cadmium batteries and electronics, etc. Fertilisers produced from phosphate ores and industrial operations such as mining are important sources of environmental cadmium contamination. Cadmium does not break down in the environment.

Plants, animals, fish and shellfish take up cadmium when it is in their growth environment (e.g. soil, air, water, etc). The use of cadmium-containing fertilisers and feeding stuffs may also lead to higher cadmium levels in food. Cadmium can go up the food chain when contaminated crops and plants are ingested by animals. 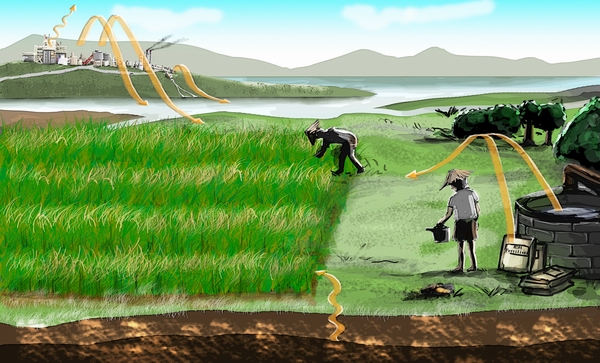 Cadmium, which originates from natural sources or from human activities such as mining, can enter rice plant through soil and water.

Acute toxicity of cadmium due to dietary exposure is very unlikely but prolonged intake of cadmium may have adverse effects on kidney. The International Agency for Research on Cancer (IARC) of the World Health Organization considered that there was sufficient evidence of carcinogenicity of cadmium and cadmium compounds in humans due to occupational exposure through inhalation, and classified them as "carcinogenic to human" (Group 1 agents). However, available evidence suggests that cadmium does not appear to have significant genotoxic and carcinogenic potential via the oral route.

Regulatory Standards of Cadmium in Rice

Mainland China and the European Union have set standards for cadmium in rice at 0.2 mg/kg. In Hong Kong, the Food Adulteration (Metallic Contamination) Regulations Cap. 132 V stipulates that the maximum permitted concentration for cadmium in cereals is at 0.1 mg/kg.

Testing of Cadmium in Rice in Hong Kong

The Centre for Food Safety (CFS) has been conducting routine surveillance on cadmium in rice and rice products. From 2010 to 2012, a total of 128 rice and 24 rice noodle samples were tested for cadmium. All results for rice samples were satisfactory. Although there were two unsatisfactory results for rice noodles in 2011, with cadmium levels reaching 0.14 mg/kg and 0.24 mg/kg respectively, the cadmium levels detected were not high and risk assessment further confirmed that adverse health effects on consumers from consumption of the concerned rice noodles are unlikely.

The CFS has alerted relevant traders and contacted Mainland authorities for more information regarding the incident. Less than 10 per cent of rice imported to Hong Kong originated from Mainland China, of which those coming from Guangdong Province is limited. Guangdong authority has been closely monitoring the manufacturing process and conducting examination, including cadmium testing, of rice and rice product samples before they are allowed to be exported to Hong Kong. No rice or rice products detected with high levels of cadmium in Guangdong have been found exported to Hong Kong.

A risk assessment on dietary exposure to cadmium using the total diet study methodology was conducted. The results released earlier this year indicated that the general population was unlikely to experience major undesirable health effects of cadmium from dietary exposure.