In the previous issue, we mentioned that some process contaminants can be generated during fermentation and acid hydrolysis. In this issue, we will introduce to you ways to reduce health risks from consuming foods involving these processes.

Fermentation is defined as a desirable process of biochemical modification of primary food products brought about by microorganisms and their enzymes. It is purposely carried out to enhance properties such as taste, aroma, shelf life, texture and nutritional values. However, process contaminants such as ethyl carbamate (EC) may be generated during fermentation. EC is naturally formed in fermented foods mainly as a byproduct, primarily from the reaction of alcohol (ethanol) with urea and its break-down products. The presence of light, temperature and duration of storage are the key factors influencing the formation of EC in fermented foods.

Acid hydrolysis is a process of using acid to breakdown or convert food components (e.g. sugar, proteins) into small molecules. Acid-hydrolysed vegetable proteins (acid-HVPs) are produced via the hydrolysis of various proteinaceous vegetable and animal materials with hydrochloric acid. They are used widely as flavour enhancers and as ingredients in processed savoury food products such as soy sauces, oyster sauce, broths, soups, savoury snacks, gravy mixes and stock cubes. During acid hydrolysis, process contaminants such as 3-monochloropropane-1,2-diol (3-MCPD) in chloropropanols may be formed.

EC and 3-MCPD have been shown to cause cancer in humans and affect kidney in experimental animals respectively. Therefore, efforts should be made to lower our intake of these harmful substances and minimise any possible risks.

For consumers, the simple yet effective way to reduce the risk is to maintain a balanced and varied diet, avoid overindulgence of fermented foods and beverages, in particular alcoholic beverages as well as sauces and savouries containing acid-HVPs.

For 3-MCPD, there are measures to take during manufacturing process to yield a final product of acid-HVP with 3-MCPD levels reduced to low levels. Food and Environmental Hygiene Department (FEHD) has advised the trade since 1999 to implement measures to reduce 3-MCPD in food. Since 2005, the levels of 3-MCPD detected in sauces and savoury samples collected by the FEHD were lower than the action level set. 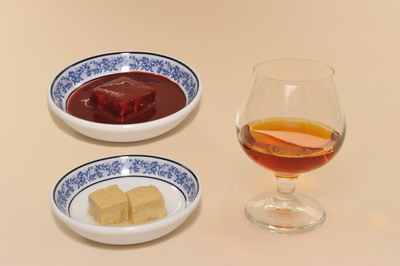 Fig.1 Ethyl carbamate (EC) can be formed as a result of the chemical reaction between alcohol and urea, both generated during fermentation of foods like soy beans, grapes, and malt.

The Centre for Food Safety (CFS) issued a trade guideline in 2009 for reducing EC in food. Codex has issued a "Code of Practice for the Reduction of 3-Monochloropropane-1,2-Diol (3-MCPD) during the Production of Acid-Hydrolysed Vegetable Proteins (Acid-HVPs) and Products that Contain Acid-HVPs".

The CFS has been following the international development and scientific findings, and conducted risk assessment studies on some process contaminants. For more information, you may refer to related CFS study reports on EC and 3-MCPD.

To sum up, process contaminants are formed unintentionally during food processing, but there are methods for the trade to reduce its formation and measures for consumers to reduce intake of these contaminants.