From "One Drop of Incense" to Flavourings

The issue of hotpot flavouring products was once again brought in the limelight in November 2011 when a local media report revealed that two out of nine food samples collected from local food premises were tested with low levels of ethyl maltol, a flavouring claimed by the media as an ingredient of "One Drop of Incense" (ODI) (一滴香). ODI represents one brand of hotpot flavouring products although other similar products may be branded with different names. In this article, we will look into what food flavour is, where food flavour comes from, and how safe in general the use of flavourings is.

Flavourings and Flavour Enhancers - What is Food Flavour?

Flavour is the sum of those characteristics of any material taken in the mouth, perceived principally by the senses of taste and smell. The perception of flavour is a property of flavourings.

Whilst flavourings are substances added to food to impart or modify taste and/or odour, they do not include substances like sugar, vinegar, and table salt as they have an exclusively sweet, sour, or salty taste. Flavourings do not include flavour enhancers such as monosodium glutamate (MSG) neither because the function of flavour enhancer is to enhance the existing taste and/or odour of a food.

There are thousands of flavourings in existence, many of which exist in the natural foods we eat everyday. For instance, vanillin is a flavouring naturally occurring in vanilla pods and has the characteristic flavour of vanilla. Vanillin can either be extracted directly from vanilla pods, or chemically synthesised. On the other hand, a related flavouring, ethyl vanillin, is formed predominantly by chemical synthesis. With its chemical structure similar to vanillin, ethyl vanillin also possesses the characteristic vanilla flavour but three to four times stronger than that given by vanillin.

Flavourings have a long history of safe use in a wide variety of foods such as soft drinks, confectionary, soups, snack foods, bakery products, and milk beverages. 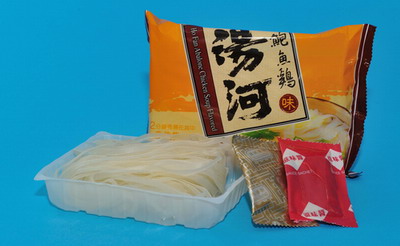 Fig.1 Seasoning packs for instant noodles often contain flavourings to give the meat or seafood flavour.

Fig.2 Appropriate use of flavouring essence can give ice-cream and banana rolls the desirable vanilla and banana flavour.

Small amounts of flavourings are usually adequate to give the desired flavouring effect, as is implied by the name of ODI - one drop can give good taste for the whole pot of food. Due to their sensory properties, excessive use of flavourings can render the end product undesirable to consumers. Their use in food is generally self-limiting and consumer dietary exposure to the flavourings can hardly be high.

So far, the Joint FAO/WHO Expert Committee on Food Additives (JECFA) has evaluated the safety of over 1700 flavourings, including ethyl maltol. JECFA has allocated an Acceptable Daily Intake (ADI) of 0-2 mg/kg bw for ethyl maltol, and opined that its normal use in food as a flavouring would not raise safety concern. Whilst very few flavourings have been recommended by JECFA as not to be used, the vast majority have been considered as no safety concern at current levels of intake when used as flavourings. A database of evaluations of flavourings, which is updated from time to time, is available from JECFA's website.

Food manufacturers, additionally, can make reference to relevant industry tool books and consult relevant expertise for understanding the flavouring properties of individual flavourings and their suggested uses. For instance, meat flavour in meat products and soups may be provided by meat extract, vegetable oil, and/or flavourings like 2,5-dimethylpyrazine and 2-methylpyrazine.

In Hong Kong, the food legislations require that all foods for sale must be fit for human consumption. Furthermore, the Food and Drugs (Composition and Labelling) Regulations (Cap. 132W) require that prepackaged food for sale in Hong Kong shall include in the list of ingredients the class title if flavourings constitute the ingredients of a food.

In view of the public concern on hotpot flavouring products, since early 2011, the CFS has taken more than 70 samples of hotpot soup bases and condensed soup from the local market for testing of ethyl maltol and/or metallic contamination, colouring matters, preservatives, antioxidants, etc. Only one sample was found unsatisfactory due to the presence of a non-permitted colouring matter, Orange II.