Deoxynivalenol and Patulin in Food

In the last article, we talked about aflatoxins, the most potent cancer-causing mycotoxins identified. Apart from cancer, these naturally occurring toxins produced by moulds (fungi) can also cause some other adverse health effects to both humans and animals. Now, let's continue with two other mycotoxins of health concern, namely deoxynivalenol (DON) and patulin, which may also be found in our food. 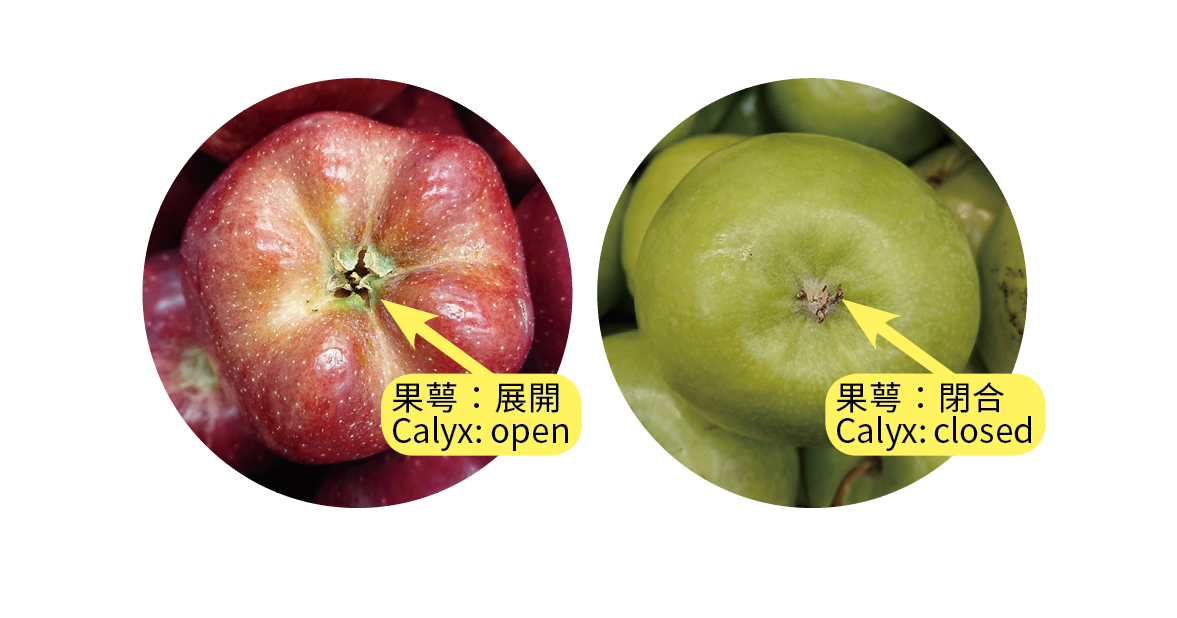 Apples with an open calyx are more susceptible to core rots.

DON (also known as vomitoxin), mainly produced by Fusarium graminearum and Fusarium culmorum, is the major compound in a group of chemically-related mycotoxins called type B trichothecenes. These DON-producing moulds can be found in soil and are pathogens of cereals, particularly wheat and maize.

The primary safety concern of DON in humans is its potential to induce acute illness upon ingestion. Symptoms including nausea, vomiting, diarrhoea, abdominal pain and fever can develop within 30 minutes of exposure and are not easy to distinguish from other gastrointestinal illnesses, for example those caused by the emetic toxins of Bacillus cereus. The International Agency for Research on Cancer (IARC) classified toxins derived from certain Fusarium species including DON as Group 3 agents, i.e. not classifiable to its carcinogenicity to humans.

Dietary Exposure to DON in the Local Population

The Centre for Food Safety has conducted a Total Diet Study to estimate the dietary exposure to various mycotoxins including DON in the local population. Results of the study revealed that the majority of the food samples were not detected with DON (i.e. 83%) at all while cereals and their products were the main dietary source of DON. It also suggested that the local population was unlikely to experience major undesirable health effects of DON.

Ways to Reduce DON in Cereals

Due to the ubiquity of moulds, complete elimination of DON in cereals is not possible in the meantime. Nevertheless, implementation of Good Agricultural Practices and Good Manufacturing Practices can reduce contamination of DON in cereals. These include, but are not limited to, minimising insect damage and fungal infection in the field; drying freshly harvested cereals immediately as appropriate; storing grains in a dry, well-vented place with minimal temperature fluctuations; removing contaminated grains by proper sorting and cleaning, etc.

In addition, outer parts of the cereal kernels typically contain higher levels of DON. Removal of the bran layers before processing can significantly reduce the level of DON in products derived from the endosperm, e.g. white flour.

Patulin is another mycotoxin, produced by a variety of moulds such as Penicillium and Aspergillus. Even though patulin can be found in other foods, patulin mostly occurs in apples and their products (e.g. apple juices).

Ingesting high doses of patulin can induce liver, spleen and kidney damage, as well as toxicity to the immune system in animals. For humans, nausea, gastrointestinal disturbances and vomiting have been reported. Although patulin is considered to be genotoxic (DNA-damaging), IARC concluded that no evaluation could be made due to inadequate evidence regarding the carcinogenicity of patulin to humans i.e. not classifiable as to its carcinogenicity to humans (Group 3).

Since patulin is often found in rotten apples, apples should be handled and stored properly so as to minimise damage and mould growth along the food supply chain.

Of note, neither washing of apples nor removal of mouldy tissues prior to production of apple juices will necessarily remove all patulin present in the apples. This is because some traces of patulin may have already diffused into apparently healthy tissues. Hence, rotten or mouldy apples should not be eaten nor used for making juices.

Besides, apple varieties with an open calyx (blossom end) are particularly susceptible to core rots as moulds can enter the core early during the fruits' development. These varieties should be examined for internal rots by regular checks immediately prior to pressing. It is also worth noting that heat treatment e.g. pasteurisation of apple juice can generally destroy moulds, but it cannot destroy any patulin which is already present.