In August 2017, the Centre for Food Safety (CFS) announced that a “Cold Pressed Apple & Strawberry” beverage sample imported from Australia was found to contain patulin at a level of 93 parts per billion (ppb), exceeding the action level of 50 ppb adopted by the CFS. This article discusses the occurrence of patulin and the measures to control its contamination in the production of apple juices.

Patulin is a toxin produced by a number of different moulds such as Penicillium and Aspergillus. It can be found in damaged or mouldy fruits, particularly apples. If contaminated apples are used to make juices, high levels of patulin are likely to be carried through to the final product.

Animal studies have shown that exposure to high levels of patulin over a short period of time caused abnormal increased blood flow, bleeding and open sore in mucous membrane in gastrointestinal tract. Patulin has also been shown to cause adverse effects to the immunological and nervous systems in experimental animals. As for the ability of patulin to cause cancer to humans, the International Agency for Research on Cancer concluded that no evaluation could be made as there is
inadequate evidence for carcinogenicity.

Regulatory Control and Actions Taken by the CFS

Currently, there is no specific legislation to regulate the level of patulin in food in Hong Kong. However, the local food law stipulates that all food for sale must be fit for human consumption. The CFS has adopted an action level at 50 ppb for patulin in apple juice and apple juice used as an ingredient in other beverages by making reference to the Codex Alimentarius Commission (Codex) standard. In addition, some other jurisdictions such as Mainland China, the European Commission, the United States and Canada have established standard/ action level for patulin in apple juices. With a view to better protecting public health and promoting harmonisation between local and international standards, the CFS is reviewing the existing regulatory control of harmful substances (including patulin) in food.

In response to the sample with patulin exceeding the action level, the CFS has informed the distributor concerned of the irregularity. The distributor has stopped sale and removed from shelves the affected batch of the product and initiated a recall according to the CFS' instructions. Apart from the concerned sample, some 20 other apple juices and apple juice used as an ingredient in other beverages samples were also tested for patulin with satisfactory results and the CFS will continue monitoring the level of patulin in apple juices.

Control of patulin levels in apple juice is achievable through best practice such as Good Manufacturing Practice (GMP) (see Figure 1). Codex has issued a set of Code of Practice, with recommendations to prevent and reduce patulin contamination in apple juice and apple juice ingredients in other beverages.

Figure 1: A general flowchart of apple juice production and some key points on controling the patulin levels.

Since mould growth usually occurs in warm and humid environment, harvested apples should be stored under controlled conditions, e.g. keep refrigerated. Harvested apples should also be handled as gently as possible to minimise physical damages as any bruising will encourage patulin formation.

Removal of mouldy tissue of the apple immediately prior to pressing will not necessarily remove all the patulin present in the fruit as some patulin may have diffused into “healthy” looking tissue. Any externally and/or internally damaged or mouldy apples should be eliminated from the production of apple juices (see Figure 2). It has been reported that varieties with an open calyx (blossom end) are of greater risk for patulin development within the core as fungi may enter the core early during the fruits’ development. Therefore, apples should be regularly examined for internal rots by cutting and cross-sectional examination before pressing. 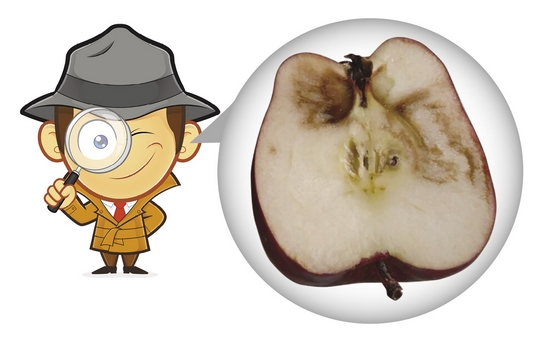 Figure 2: Any externally or internally damaged or mouldy apples should be eliminated from the production of apple juices.

It is noted that prepackaged apple juices are commonly heat-treated, e.g. by pasteurisation to ensure destruction of enzymes and certain microorganisms, to prolong product shelf-life. Even though pasteurisation will generally destroy mould, it cannot remove patulin which is already present.