In early July 2018, the Centre for Food Safety (CFS) urged the public not to consume several kinds of prepackaged frozen vegetable products produced by the Greenyard Frozen UK Ltd due to possible contamination with Listeria monocytogenes (LM).  This article provides information on LM including prevention of LM infection, the actions taken by the CFS, and advice for trade and consumers with highlights in frozen vegetables that are not for ready-to-eat (RTE).

According to the European Food Safety Authority and European Centre for Disease Prevention and Control report dated 3 July 2018, an outbreak of LM linked to frozen corn and possibly other frozen vegetables had been ongoing in five European countries since 2015.  After a Hungarian freezing plant was found to be the source of contamination, the Hungarian competent authority banned marketing of all frozen vegetable products produced by that plant and ordered immediate withdrawal and recall on 29 June 2018.  On 5 July 2018, the Food Safety Agency of the United Kingdom (FSA) issued a notice regarding a voluntary recall of various frozen vegetable products due to possible LM contamination.  Subsequently, authorities in Ireland, Australia, and New Zealand also issued notices on recalls of frozen vegetable products.  The FSA advised that most frozen vegetables, including sweetcorn, need to be cooked before eating, including when adding them to salads, smoothies or dips. 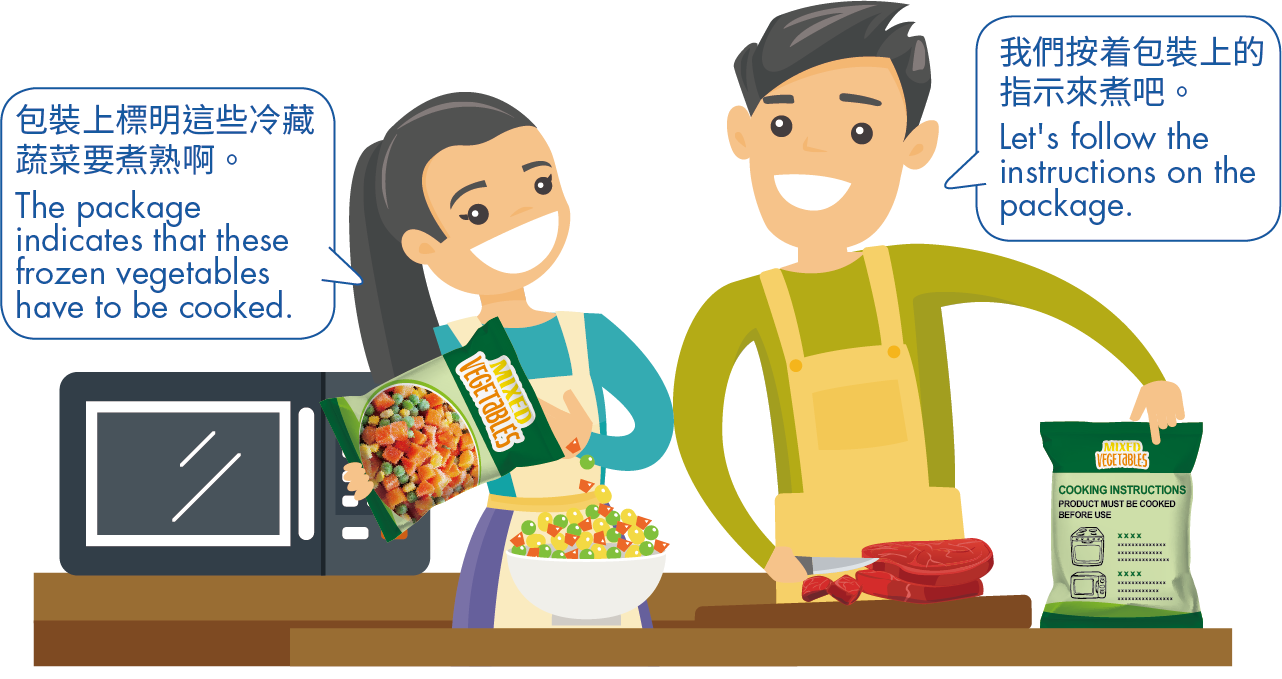 Listeriosis is an infectious disease caused by the bacterium LM.  Listeriosis has two main types: a non-invasive form and an invasive form.  The non-invasive form usually affects otherwise healthy individuals with symptoms such as diarrhoea, fever, headache and muscle pain.  The invasive form usually affects certain high risk groups, including pregnant women, individuals with weakened immune systems, elderly people and infants.  The infection may spread to the bloodstream and brain and there is a high mortality rate of 20-30%.  Listeriosis in pregnant women can result in miscarriage or stillbirth and the newborn may also have low birth weight, septicaemia and meningitis..

Occurrence and Prevention of LM

LM is widely distributed in nature and can be found in soil, water, vegetation and animal digestive tracts.  Whilst eating contaminated food is the main route, infection can also occur through contact with infected animals or humans and from mother to foetus or newborn.

RTE foods can be contaminated during processing and the bacteria can multiply during distribution and storage.  Vegetables may be contaminated through soil or the use of manure as fertiliser.  High risk foods include deli meat and RTE products (e.g. cooked, cured and / or fermented meats and sausages), soft cheese and cold smoked fishery products.

LM can be destroyed by cooking but can survive and multiply at refrigerator temperature.  Although it is not able to grow under freezing condition, frozen vegetables, unless clearly labelled as RTE, should be cooked thoroughly before consumption.  Traders should take the initiative to provide preparation/ cooking instructions for their non-RTE frozen vegetable products on the food label.

The incident was detected through the CFS’ Food Incidents Surveillance System and CFS was also notified by the Rapid Alert System for Food and Feed of the European Commission. The CFS immediately conducted investigations.   Based on provided information, the CFS found some affected batches of products imported into Hong Kong and ordered the local importers concerned to stop sale and recalled several kinds of affected product.

In response to the incident, the CFS issued a food alert (with updates) to urge the public not to consume the affected products and the trade to stop using or selling the products concerned.  Related advice to public was provided via social media such as Facebook.

Additional Advice to the Groups at Risk