Are Bolete Mushrooms Safe to Eat?

In January 2018, the Centre for Health Protection of the Department of Health announced two suspected food poisoning cases involving four persons who developed vomiting and nausea after eating "porcini" mushrooms. The Latin name of porcini is Boletus edulis (other English names include king bolete, penny bun, and ceps). Investigation revealed that the porcini of the two cases were separately purchased at two local exhibitions (i.e. the Hong Kong Food Festival and the 52nd Hong Kong Brands and Products Expo) between December 2017 and January 2018. In both cases the uncooked mushroom samples provided by the affected persons were suspected to contain mixture of edible and inedible/poisonous species. This article describes the features of porcini and the possible mixing of porcini with poisonous mushrooms as well as provides advice to the trade and the public on the prevention of mushroom poisoning.

Porcini are a member of bolete mushrooms which belong to the family Boletaceae. Boletes usually are large fleshy mushrooms. They have a variety of colours with a thick or bulbous stalk and typically have pores on the underside of the cap (Figure 1). 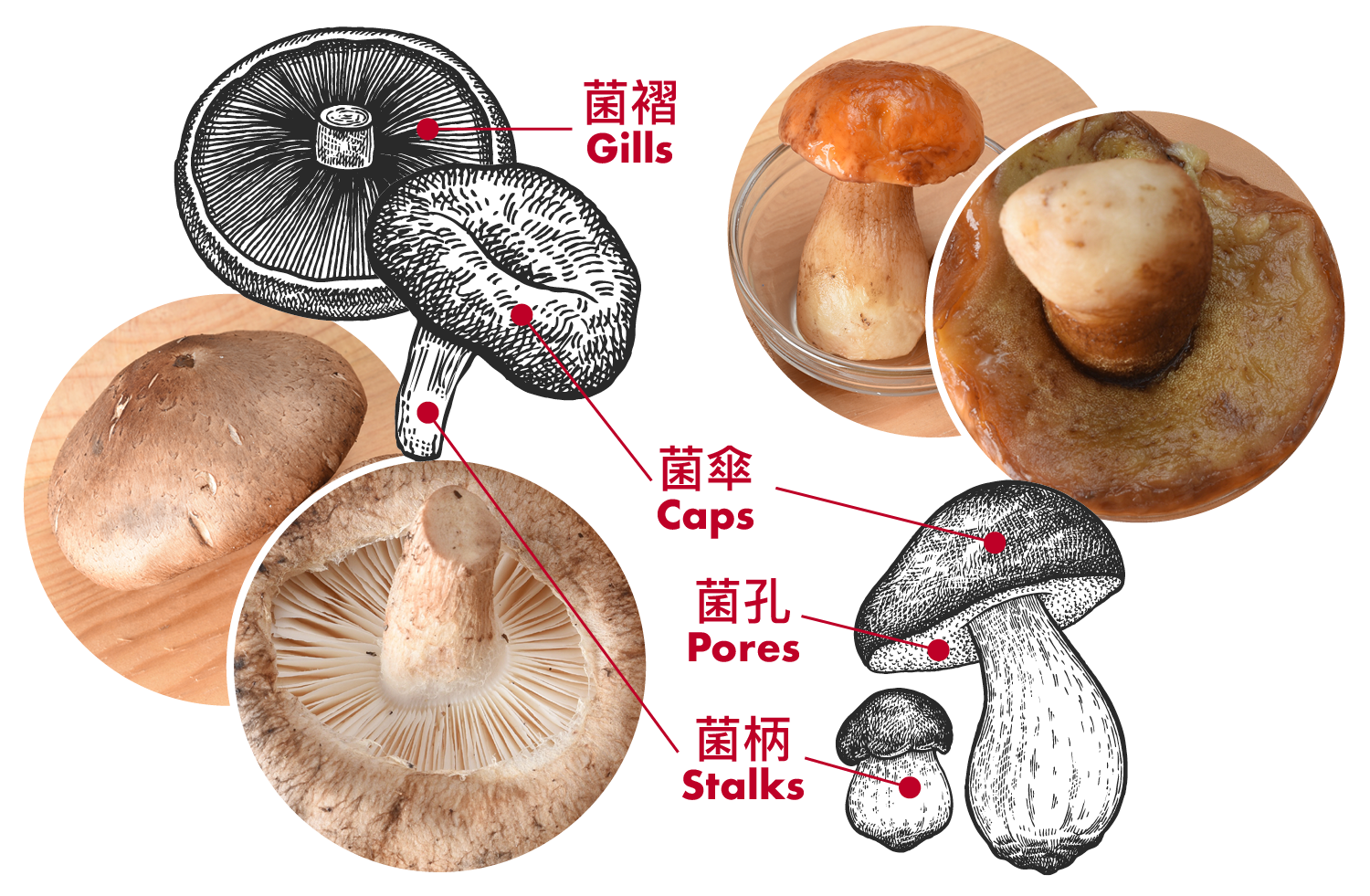 Figure 1: Compare with shiitake mushrooms (left), boletes (right) have pores rather than gills on the underside of the cap.

The most popular, widely traded edible bolete is "porcini" which are mainly traded as fresh, canned, frozen, and dried (Figure 2). Other edible boletes include B. aereus, B. pinophilus, B. reticulatus, etc. Porcini are common in North America and Northern Europe. In the Mainland, they are widely distributed in Yunnan, Sichuan, Guizhou, Henan, Heilongjiang, Tibet, and Fujian. Porcini have a chewy texture and a strong nutty taste and unlike most mushrooms they maintain the flavour after drying and cooking. Consequently, they are a popular ingredient in a variety of stews and sauces as well as a delicious topping for pizza. 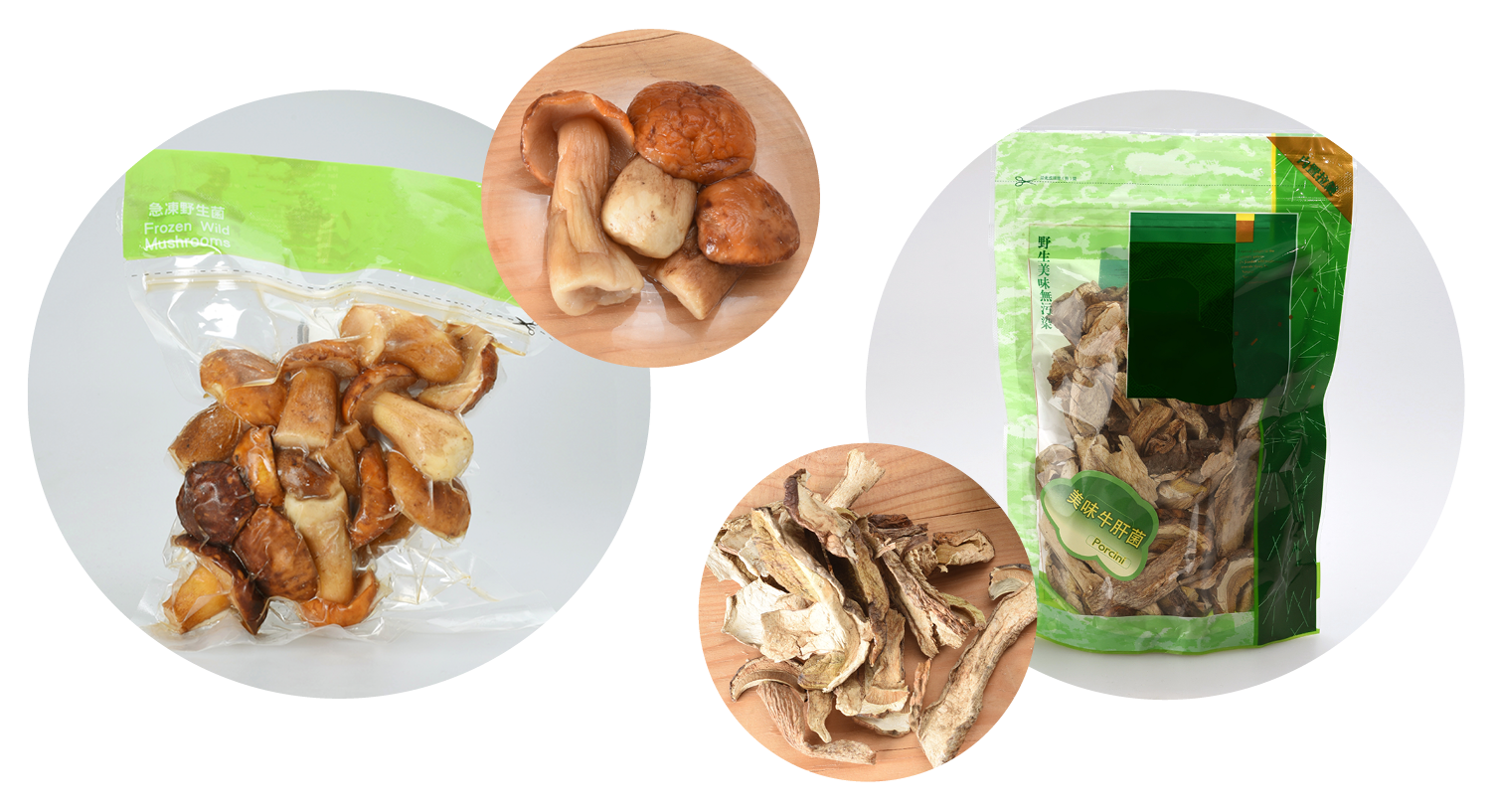 Figure 2: Besides fresh, porcini may be traded as canned, frozen (left), and dried (right).

In their natural habitats, the underground part of porcini forms a beneficial, symbiotic relationship with the roots of trees. This explains why many attempts to cultivate porcini have been unsuccessful and why commercial porcini are basically harvested wild.

Mushroom poisoning is generally acute. Common presentations include gastrointestinal symptoms such as nausea, vomiting, and abdominal pain appearing shortly after ingestion. Depending on the types of poisonous mushrooms, the affected persons may have other symptoms such as extreme thirst, profuse sweating, coma, hallucination, euphoria, and liver damage.

Upon receiving notification of the food poisoning cases, the Centre for Food Safety immediately conducted investigation to trace the source of supply of the concerned mushrooms and requested the business involved to stop sale. A press release was issued on 29 January 2018 to appeal to members of the public who had purchased porcini from the above-mentioned exhibitions not to consume them.

Since there may be poisonous mushrooms that resemble porcini, care should be taken to ensure, when porcini are being harvested, that only edible species are collected. Further, the food industry should also follow Codex Standard for Edible Fungi and Fungus Products and Standard for Dried Edible Fungi to prevent contamination and spoilage during processing.