Substandard Lard and Its Products from Taiwan

On 4 September 2014, the local electronic media reported that the substandard lard "CG Fragrant Lard Oil" produced from recycled waste oils and lards for animal feeds was used in producing food in Taiwan. The incriminated products were later revealed being exported to Hong Kong. This article summarises the actions taken by the Centre for Food Safety (CFS) to address public concerns. 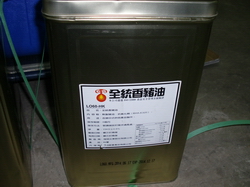 Use of Substandard Lard/Lard Products in Food

On 9 September, the Taiwan authorities informed the CFS that no substandard lard was found to have entered the Hong Kong market. However, the situation again heated up quickly following the finding on 10 September that lard products intended for use in animal feed was exported by a Hong Kong company to Taiwan.

On 11 September, in addition to the initially affected lard, Taiwan authorities recalled another 24 lard/lard products manufactured by CG. On 12 September, the CFS sought legal advice with an intention to issue a Food Safety Order (the Order) to prohibit the import into and supply within Hong Kong of all lard/lard products produced by CG in Taiwan on or after 1 March 2014 and all food products made with these lard/lard products. The Order was made on 13 September and published in Gazette on 14 September. The Order also required traders to recall all concerned lard and their products within 14 days.

To protect the consumers' right to know and to ensure that recall of concerned products was conducted in a timely and systematic manner, the CFS released on its website names of the companies that might have imported, distributed or used lard/lard products manufactured by CG on or after 1 March 2014. The recall on lard/lard products ended on 28 September. Upon conclusion of the recall, the lists of traders contained more than 700 food businesses and over 130 tonnes of the concerned products were reportedly recalled by the importers. Besides, eight kinds of food products imported from Taiwan were also recalled because they were made with substandard lard. These figures showed the scale and complexity of the problem to be addressed.

In this incident, the substandard lard/lard products may be subject to contamination by some carcinogens (such as benzo[a]pyrene and aflatoxins) and metal contaminants. The CFS took some 180 samples of high risk fats and oils and food products from the market during September for testing. The peroxide value, a quality indicator, of one sample exceeded the relevant Codex standard. According to available information from the Taiwan authorities and the test results from the CFS, the risk assessment conducted by the CFS showed that the food safety risk is considered to be not high and there is no cause for undue concern.

Actions to be Taken

Considering public concern over the safety of edible oil, the CFS will step up the surveillance of imported edible oil in the coming year, and is considering establishing and adopting relevant new safety standards for edible oils and import requirements. The Government also plans to establish regulations and monitor the use of recycled waste cooking oil in Hong Kong.