In early May 2014, media reported that two global beverage manufacturing companies announced their plan to stop using the food additive brominated vegetable oils (BVO) in all their beverages in response to consumers' concerns. This article discusses the uses, safety and regulation of BVO in foods, particularly in beverages.

Uses and Safety of BVO

BVO, which may be identified with International Numbering System (INS) number "443", is produced from vegetable oils, such as olive oil, soya bean oil and corn oil, with the addition of bromine. It is used as an emulsifier and stabiliser in fruit-flavoured beverages. It helps keep flavour oils, such as citrus oils, in suspension in the beverages, providing stability and a cloudy appearance to the products. 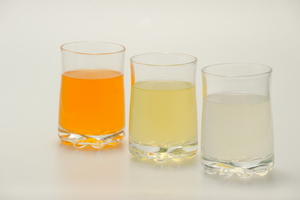 BVO is mainly used in fruit-flavoured beverages to keep flavour oils in suspension and give the product a cloudy appearance.

The safety of BVO was evaluated by the Joint FAO/WHO Expert Committee on Food Additives (JECFA) in 1970. Studies on short-term toxicity indicated that high doses of BVO could cause degenerative cardiac lesions in experimental animals. Also, accumulation of lipid and lipid-bound bromine was shown in adipose tissue and in intracellular fat of various other tissues in human and experimental animals. No long-term toxicity studies were available at the time of evaluation. JECFA did not establish an Acceptable Daily Intake (ADI) for BVO, and concluded that BVO should not be used as food additive in the absence of evidence indicating its safety. JECFA has not re-evaluated BVO afterwards.

Although BVO has a long history of use in the manufacture of fruit-flavoured beverages in North America, there are suitable alternatives which have been evaluated by JECFA. These alternatives, such as sucrose acetate isobutyrate (INS number "444") and glycerol ester of wood rosin (INS number "445(iii)"), are considered safe for food use and can achieve the technical functions of BVO in flavoured beverages.

Regulation of BVO in Foods

Provision for the use of BVO has not been included in Codex Standard, nor is BVO included in the list of permitted food additives in places including countries in the European Union, Australia, New Zealand, Mainland China, Singapore and Japan. In the US and Canada, nevertheless, BVO is permitted in certain flavourings for use in fruit-flavoured beverages at a maximum level of 15 ppm in the beverages as consumed.

Surveillance on BVO in Foods in Hong Kong

The FEHD had conducted targeted surveillance on BVO in foods in the past; none of the 73 samples tested were found positive. In response to the recent development, the Centre for Food Safety (CFS) took 25 beverage samples imported from North America in May and June this year for testing. It was noticed that one sample had BVO listed as an ingredient and the presence of BVO at a level of 0.9 ppm was confirmed in laboratory test. The CFS noted that the product in question is currently not available for sale in the local market. Prosecution action will be taken if there is sufficient evidence. Based on the level of BVO detected in the concerned beverage sample, there is no evidence suggesting that usual consumption would cause significant health risk, and there is no need for undue alarm for consumers.