Only Consume Plants Known to be Safe

Last month, two local food poisoning cases were reported where the victims had consumed Solanum americanum (American Black Nightshade) and Narcissus respectively. The Centre for Food Safety urges members of the public not to consume plants that are not known to be edible.

Both Solanum americanum and Narcissus contain alkaloids which are a group of chemicals naturally present in different organisms, including bacteria, fungi, plants and animals. Many alkaloids are toxic to other organisms and therefore they serve as chemical defense compounds to protect plants against predation.

In China, about 1 300 plant species distributed in 140 families have been found to be poisonous, in which Ericaceae (e.g. Red Azalea), Euphorbiaceae (e.g Poinsettia, Candlenut Tree), Solanaceae (e.g. American Black Nightshade) and Liliaceae (e.g. Spider Lily, Narcissus, Hyacinth) comprise relatively large number of poisonous species. Members of the public are advised to avoid picking wild plants for food use, source food from reliable suppliers and only consume plants that are known to be safe. Do not eat any part of a plant if in doubt. 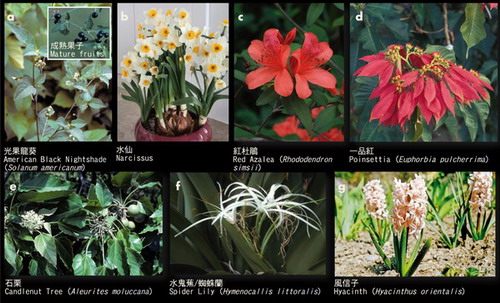