On 12 April 2012, some newspaper headlined that Hong Kong people have a daily consumption of 10g salt, which is twice the World Health Organization (WHO) recommended upper limit of 5g, and are at risk of stroke, quoting from a local university's report. Is sodium unavoidable in our diet?

Sodium is in Every Food

Sodium is naturally present in foods, even in those that do not give a salty taste (e.g. drinking water, milk, fish, vegetables). As a seasoning agent, sodium is found not only in table salt but also in condiments and various processed foods, ranging from savoury snacks, canned fish or meat, to breakfast cereals. Sodium may be used as food additives, such as in the form of sodium nitrate, a preservative often used in cured meat or sausages, and monosodium glutamate (MSG) in Chinese dishes or other seasonings. Sodium is found in sandwich breads for the taste and texture. 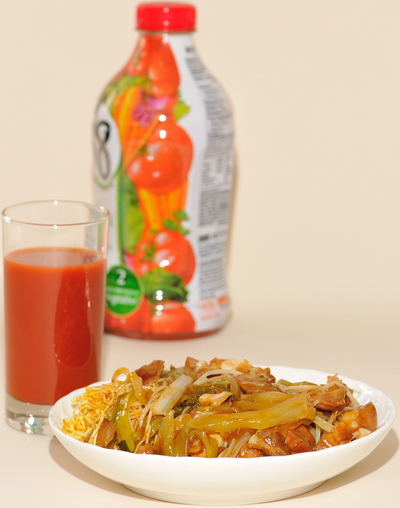 Sodium is essential for maintaining fluid balance in our body. Its derivatives can also make foods more palatable and in turn contribute to the pleasure of eating. However, taking in too much salt can lead to hypertension and its harmful sequelae. The WHO in 2003 called for actions to limit daily sodium intake to 2 000mg to reduce the risk of coronary heart diseases and strokes.

For those who have accustomed to the salty taste, it can be challenging to change to a low salt diet with minimal effect on the appetite. Fortunately, a gradual reduction can allow the human taste buds to get adapted to the new taste. In the Australian Sodium in Bread study, an incremental sodium reduction by 25% in bread over a six-week period was not detected by the hospital patients being served. Canada, the United Kingdom, and Australia have been advocating a gradual reduction by setting national sodium reduction targets for different food types.

In Hong Kong, the incorporation of a nutrition labelling scheme in the local law has served to arouse public awareness about the consumption of sodium and other nutrients in food in the diet. Since the implementation of the scheme in July 2010, all prepackaged foods need to declare the sodium content on a nutrition label. Nutrition claims, such as "salt free" and "low sodium" are regulated. The scheme comes together with the effort of the Centre for Food Safety (CFS) in promoting the use of nutrition labels, and the promulgation of the WHO recommended daily upper limit of 5g, or one teaspoonsful, of salt.

To move further, the CFS has, in consultation with the trade, drafted a set of guidelines to encourage development of healthier foods with lower sodium content. Three main approaches have been identified. First and foremost, the trade is encouraged to source for ingredients or develop more creative formulations that contain less sodium without altering food quality. Secondly, replace salt/ sodium with alternatives, such as herbs and spices. Thirdly, product package may be resized so as to reduce the amount of sodium consumed each time. This "Trade Guidelines for Reducing Sodium in Foods" is expected to be issued later in 2012.

One of the most important driving forces for the market is consumer preference. If the natural taste of food is sought for over salty taste, the trade will be more inclined to develop formulations with lower sodium content. One can cut down sodium intake right away by tracking and limiting one's own daily intake, rinsing canned or salted food before use, and when dining out, asking for less or no salt recipes.

The CFS has produced a mobile application Nutrition Calculator (NuCal) for tracking one's sodium intake. Apart from estimating nutrient intake, NuCal also allows the users to establish their own food data bank, and to share with friends their own food data. For fresh or other non-packaged food, one may consult the Nutrient Information Inquiry System at the CFS website for the nutrient content.