Preservatives - A Powerful Weapon to
Combat Microorganisms in Our Foods

No one would like to have a piece of mouldy bread for breakfast. Can we avoid mouldy bread? Buying fresh bread from bakery every morning? You may think it is a bit inconvenient. How about keeping them in the fridge? Um...... the bread will become stale! Perhaps, choosing those with preservatives would not be a bad idea if you want to keep bread free from mould longer at room temperature.

A Powerful Tool in Food

Preservatives are food additives which play a crucial role in food safety and quality by protecting against deterioration caused by microorganisms including yeasts, moulds and bacteria. Without preservatives, many foods would be spoiled and wasted, not to mention the possibility of many potential food poisoning cases so caused.

Any processed food with a relatively long shelf-life is likely to contain preservatives, some may have used other preservation techniques such as pasteurisation, chilling, freezing, drying and canning. 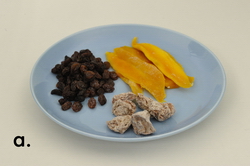 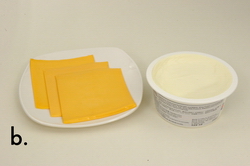 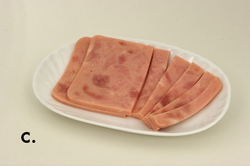 No Worries! Food Preservatives are Under Control

Preservatives permitted for use in Hong Kong have been determined to be safe. Each is only permitted in specific food groups with the lowest possible level necessary to achieve their technological effect and not exceeding the maximum permitted level. This ensures the intake of a permitted preservative from all its uses does not exceed its acceptable daily intake. Nonetheless, having a balanced diet can always keep one safe from excessive exposure to any particular chemical.

In addition, no preservatives are allowed in food if such purpose can be achieved by other means which are economically and technologically practicable. For example, you will not find any milk containing preservatives on shelf. Such use is not allowed as other techniques, e.g., pasteurization and ultra high temperature treatment, can preserve it well.

The Centre for Food Safety monitors the use of preservatives in foods regularly under its Food Surveillance Programme.

Among the locally permitted preservatives, some have wider applications than the others. The most effective and widely used preservatives are acidic in nature, providing an environment that microorganisms are unable to grow in the food. Examples are some weak organic acids such as benzoic acid, alkyl esters of para-hydroxybenzoic acid (also known as parabens), sorbic acid and propionic acid as well as the inorganic ones such as sulphites or nitrites.

To keep the local food legislation abreast of international development, the Preservatives in Food Regulation was amended and came into effect on 1 July 2010 following a transitional period of two years. Several additional preservatives are now permitted in various foods.

In the next issue, we shall explore further the applications of some of these powerful tools in a variety of food.