As introduced in the past issues, the application of biotechnology has the potential to provide us with food of better quality. However, the use of certain biotechnologies, e.g. genetic engineering, is sometimes considered as a kind of human interference with nature. People who want to eat naturally may choose to go organic. 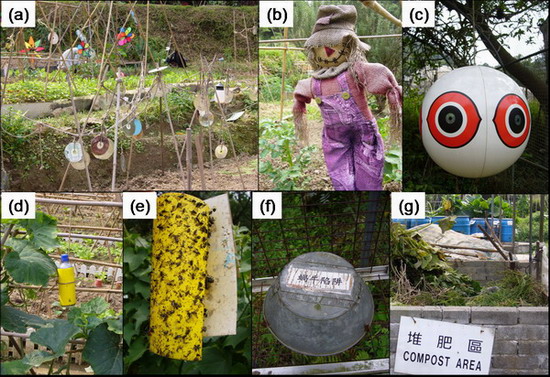 In place of synthetic inputs, organic agriculture relies on crop rotations, composting, as well as biological pest control to maintain soil productivity, supply plant nutrients and control insects, weeds and other pests. In organic animal husbandry, animals are fed on organic feeds and raised without or by reduced use of antibiotics, growth hormones, and other veterinary medicines. Inspectors will also be appointed by certification bodies to visit farms to ensure that the organic production standards have been properly followed. To facilitate consumers' easy identification at retail level, food sold as "organic" usually bears an organic label on its package. [Figure 2]

There are many different reasons for people to choose to buy organic food. For example, consumers may think that organic production is better for the environment and animal welfare. Eating organic is one way to reduce the intake of pesticide residues and additives. Consumers may also choose to buy organic food because they believe that it is healthier and more nutritious than non-organic one.

A recent review commissioned by the U.K. Food Standards Agency (FSA) , however, showed that the nutrient contents of organically and conventionally produced crops and livestock products are broadly comparable and there is no evidence of any additional nutritional benefit from eating organic. Besides the U.K. study, two other independent reviews conducted by French and Swedish food safety authorities also share similar views on the nutritional value of organic food.

With respect to chemicals, as mentioned earlier, synthetic agricultural inputs such as chemical pesticides, herbicides and veterinary medicines are refrained from use in organic agriculture. Therefore, it is likely that organic produce will have lower concentrations of synthetic chemical residues.

Since synthetic fungicides are not allowed in organic production, it has been suggested that organic produce may be more susceptible to fungal infection and contaminated with higher levels of mycotoxins compared to conventionally grown crops.

The organic way of food production has also been suggested to present a higher risk of microbial contamination. Organic agriculture uses composted manures as fertilisers. The produce and nearby water may be contaminated with pathogen if the manures have not been properly composted. Besides, decontamination of food by means such as irradiation and synthetic disinfectant is prohibited in organic production that fresh organic produce may carry a higher microbial load.

Despite concerns over the safety of organic food, there is currently no scientifically tenable evidence that organic food is less safe than food produced by conventional means. Mycotoxins and pathogenic microorganisms may be present in both organic and conventional production systems. According to the Food and Agriculture Organization (FAO), microbial hazards and risks of mycotoxin contamination can be minimised if Good Agriculture Practice (GAP) has been followed. Both organic and conventional farming systems have the potential to produce food that is safe for human consumption.

Above all, organic food and conventional food are comparable in terms of safety and nutritional value. The major differences between these two food types are their growing, processing and handling methods.