Review of Food Incidents in 2008

The rapid global distribution of food and the multinational nature of the modern food chain require effective communications and management systems for the effective control of food incidents which almost happen daily around the world. The Centre for Food Safety (CFS) since its establishment in May 2006 has developed a Food Incident Surveillance system (FIS) to monitor food incidents around the world. The system is effective for the CFS to make prompt management decision in response to those incidents that would have local impact.

The CFS conducts daily surveillance of the media and internet for information related to food safety. Once a food incident is identified, the CFS will prepare a risk profile of the identified hazard and assess its health risk. Based on the result of the risk assessment, the CFS will take appropriate actions to follow up the incident, which may include enquiring relevant authorities for further information of the affected products, alerting traders, conducting sales check, stepping up surveillance, and issuing press release as well as Food Alert.

Review of Food Incidents in 2008

From January to December 2008, around 700 food incidents were identified by the CFS. The average monthly figure was 59. (Figure 1). 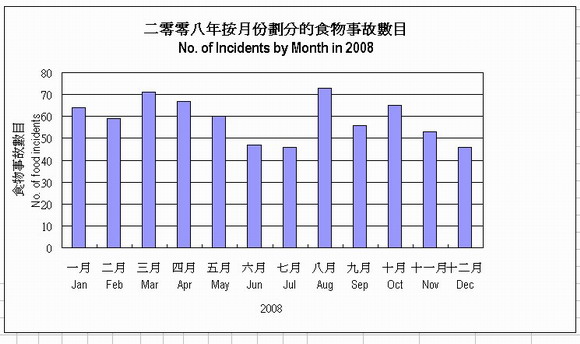 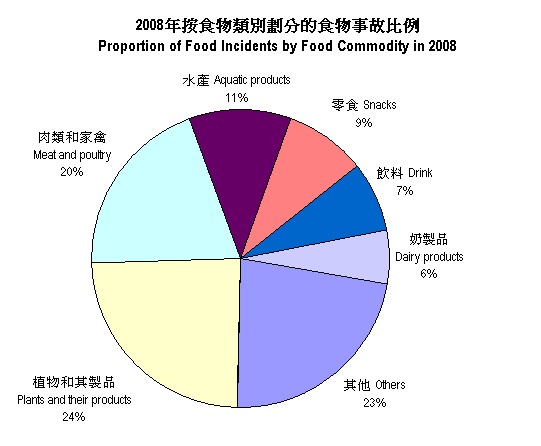 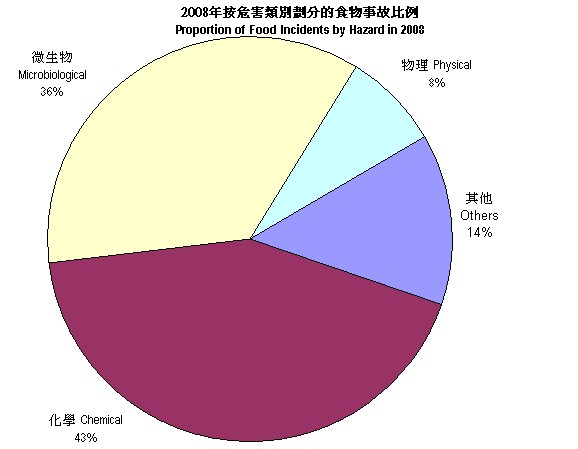 In 2008, the detection of melamine in infant formula and dairy products in the Mainland had caused major public concern. An expert group was swiftly set up by the Government to give advice on and provide support to various management actions. The CFS had taken prompt responses to step up surveillance of infant formula and dairy products available in the market and to inform the public of the results of analysis in a timely manner through various channels. A designated hotline was established to answer public enquiries related to the incident. In addition, the Harmful Substances in Food (Amendment) Regulation 2008 was also gazetted in September to set the legal limits of melamine in foods. Through these measures, the CFS was able to minimise the public health impact of this incident.

Most of the food incidents identified by our monitoring system involved places outside Hong Kong. As some 95% of our food are imported, traders should ensure their foods are sourced from reliable suppliers. Besides, traders should keep relevant transaction records to facilitate tracing and removal of the affected products from the market. The CFS will continue to make timely announcement to the public and the trade in case the food incidents identified have significant potential local impact. In addition to Government efforts, active participation of the food trade is also essential in managing food safety incidents in Hong Kong .