On 6 July 2008, the local media reported an incident that the skin of a nine-month-old baby boy turned blue after consumption of congee containing Chinese spinach. He was confi rmed to suffer from Blue Baby Syndrome – the form of methaemoglobinaemia in the infancy. Methaemglobinaemia is a rare condition under which haemoglobin in the blood has been oxidised to methaemglobin and is unable to carry oxygen to the body tissues. It is later confirmed that the congee had high content of nitrate which could well be converted to nitrite in the infant causing the methaemoglobinaemia.

What is Nitrate and Why is it Present in Food?

Nitrate occurs in the environment, in air, food (particularly in vegetables and fruits) and water, and is produced inside living organisms. It can also be used as a food additive, mainly as preservative in cheese products and cured meat (e.g. preserved sausage and ham).

Illustration: Examples of vegetables that have been reported containing higher levels of nitrate: (clockwise from top left) spinach, beetroot, white radish and amaranth 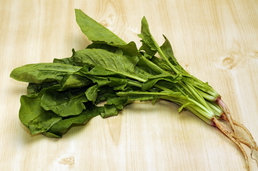 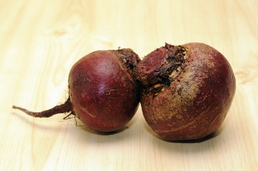 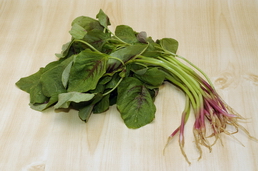 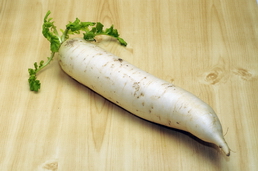 The level of nitrates in vegetables varies greatly among species and can also be affected by growing conditions (seasons, light, temperature, growth method, fertilizer use etc.), storage (time and temperature etc., as enzymatic reaction and bacterial activity that lead to conversion of nitrate to nitrite, which is a more toxic metabolite, are inactivated under cold storage) as well as processing (washing, peeling, blanching, boiling etc.). Levels reported ranged from a low of 1 mg/kg (e.g. peas) to a high of over 4 000 mg/kg (e.g. rucola). Higher levels of nitrate have been consistently reported in certain vegetables such as leafy vegetables.

Human exposure to nitrate is mainly through the consumption of vegetables, and to a lesser extent water and other foods (such as cured meat).

What are the Possible Health Implications due to Nitrate?

Nitrate itself is relatively non-toxic, but its metabolites such as nitrite have raised concern because of implications for adverse health effects such as methaemoglobinaemia and cancers.

Nitrate in the body can be converted to nitrite, which can cause methaemoglobinaemia and the person develops cyanosis as a result. Population subgroups such as young infants (i.e. less than 4-6 months of age) and people with glucose-6-phosphate dehydrogenase (G6PD) deficiency are more susceptible to the above condition. However, the content of nitrate in food is generally safe for adult consumption. The Joint Food and Agriculture Organization (FAO) / World Health Organization (WHO) Expert Committee on Food Additives (JECFA) in 2002 considered the evidence on the potential of a high nitrate intake to cause methaemoglobinaemia from human studies equivocal.

The International Agency for Research on Cancer (IARC) of WHO has evaluated the carcinogenicity of ingested nitrate and nitrite and considered that ingested nitrate or nitrite under conditions that result in endogenous nitrosation (i.e. conversion into nitroso compounds such as nitrosamines) can cause cancer in experimental animals, but nitrate and nitrite themselves in food have limited or inadequate evidence to cause cancers in humans and animals. In addition, the European Food Safety Authority (EFSA) concluded from the available evidence that nitrate intake from diet or drinking water is not associated with increased cancer risk in humans.

How to Eat Vegetables with Maximum Benefits and Minimum Risks?

Vegetables are important to human nutrition as a source of dietary fibre, vitamins and minerals and their beneficial effects in protecting against cancers and other chronic diseases are well recognized. EFSA compared the risks and benefits of exposure to nitrate from vegetables in 2008 and concluded that "overall, the estimated exposures to nitrate from vegetables are unlikely to result in appreciable health risks, therefore the recognised beneficial effects of consumption of vegetables prevail". The public are advised to maintain a balanced diet and eat a variety of fruits and vegetables (i.e. leafy vegetables, fruiting vegetables, root vegetables, flowering/head brassicas etc. on different days) in order to avoid excessive exposure to chemicals from a small range of food.