On 14 January 2008, the Centre for Food Safety (CFS) advised members of the public to avoid consuming Piranha brand crackers and snacks manufactured by Tixana Australia Pty Ltd. The appeal was made following a warning issued by the Food Standards Australia New Zealand (FSANZ) due to the higher-than-usual levels of naturally occurring cyanogenic glycosides in the ingredient cassava in a batch of exported vegetable crackers. The CFS contacted the relevant authorities and was informed that the affected products had been exported to Hong Kong. The CFS alerted the trade to stop selling the affected products.

What are Cyanogenic Glycosides?

What are the Symptoms of Cyanide Poisoning?

In humans, the clinical signs of acute cyanide intoxication include rapid respiration, drop in blood pressure, rapid pulse, dizziness, headache, stomach pain, vomiting, diarrhoea, mental confusion, twitching and convulsions. Death due to cyanide poisoning can occur when the cyanide level exceeds the limit an individual is able to detoxify. The acute lethal dose of hydrogen cyanide for humans is reported to be 0.5 to 3.5 mg per kilogram of body weight. Children are particularly at risk because of their smaller body size.

Chronic cyanide intoxication may lead to the development of certain conditions including disturbance of thyroid function and neurological disorders. It tends to affect those individuals who have regular long-term consumption of cassava with poor nutrition status.

What is Cassava? What is it Used for?

The roots of cassava are rich in carbohydrates, mainly starch. According to Food and Agriculture Organization, cassava is the third most important source of calories in the tropics, after rice and corn. Cassava is consumed in a variety of ways, including eaten as whole root, grated root or root chips. In addition, it is prepared into flour which in turn can be used for cooking or production of cassava-based products such as breads, crackers, and puddings or beverages made with tapioca pearls. Cassava leaves are also eaten in some countries following extensive boiling. Apart from being used as human food, cassava products are also used as animal feed. 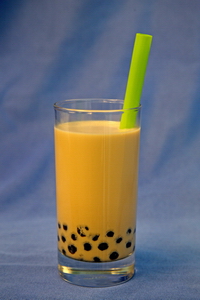 How should Cassava be Processed to Render it Safe for Consumption?

Cassava contains more than one form of cyanogenic glycosides. Different varieties of cassava are generally classified into two main types: sweet cassava and bitter cassava. Sweet cassava roots contain less than 50 mg per kilogram hydrogen cyanide on fresh weight basis, whereas that of the bitter variety may contain up to 400 mg per kilogram.

Sweet cassava roots can generally be made safe to eat by peeling and thorough cooking. However, bitter cassava roots require more extensive processing. One of the traditional ways to prepare bitter cassava roots is by first peeling and grating the roots, and then prolonged soaking of the gratings in water to allow leaching and fermentation to take place, followed by thorough cooking to release the volatile hydrogen cyanide gas. Cutting the roots into small pieces, followed by soaking and boiling in water is particularly effective in reducing the cyanide content in cassava. Whilst fresh cassava requires traditional methods to reduce its toxicity, adequately processed cassava flour and cassava-based products have very low cyanide contents and are considered safe to use.

Further information about natural toxins can be obtained from the following webpages: