The Centre for Food Safety (CFS) received notification in August 2022 of a suspected ciguatoxin poisoning case who developed abdominal pain, diarrhoea, dizziness and limb numbness about five hours after consuming fish. The incriminated fish was a 10-catty Sabah Giant Grouper. So, what is ciguatera fish poisoning?

What is Ciguatera Fish Poisoning?

Ciguatera fish poisoning (CFP) is an illness caused by eating certain seafood, primarily coral reef fish, which contains the poisonous ciguatoxin. Ciguatoxins are a group of toxins that consist of more than 20 congeners, with a ladder-like chemical structure (Figure 1). 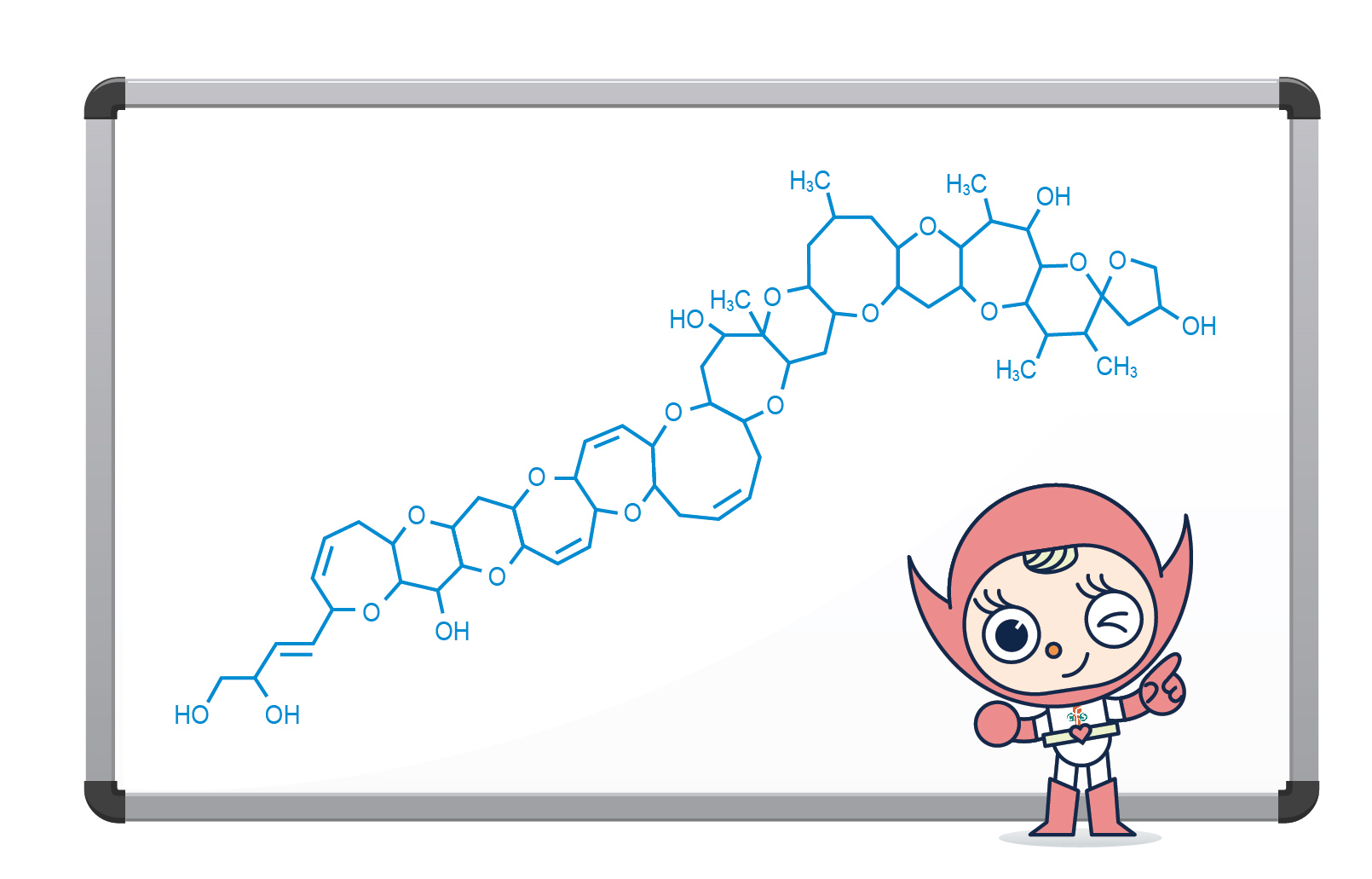 Ciguatoxins are lipid-soluble, heat stable, odourless, tasteless and not affected by cooking or freezing. They mainly accumulate in the head, liver, intestines and roe of fish. Ciguatoxin is not produced by fish, but rather originated from algae known as dinoflagellates (Gambierdiscus and Fukuyoa spp.) that are found in calm and protected waters around coral reefs. Coral reef fish become toxic from feeding on these toxic algae. In general, older and larger fish contain higher levels of ciguatoxins. However, the risk of CFP from eating farmed fish is very low.

CFP has been reported to cause more than 100 gastrointestinal, neurological, and cardiovascular symptoms, such as numbness and tingling around the mouth, nausea, vomiting, diarrhoea and dizziness. Acute symptoms appear from 30 minutes to 24 hours after eating the toxic fish. While most symptoms are similar to other food poisoning illnesses, hot and cold reversal – a burning sensation induced by contact with cold objects – is a classic CFP symptom.

There is no antidote or specific treatments for CFP. Previous CFP episodes, as well as the ingestion of alcoholic beverages, nuts and seed products, may exacerbate the severity of CFP symptoms.

In some patients, symptoms can persist for months or years. Symptoms may also recur from time to time up to years, triggered by eating certain foods (e.g. alcohol, nuts, dairy products and fish), changing behaviours (e.g. intense physical activity) or other factors (e.g. sun exposure). 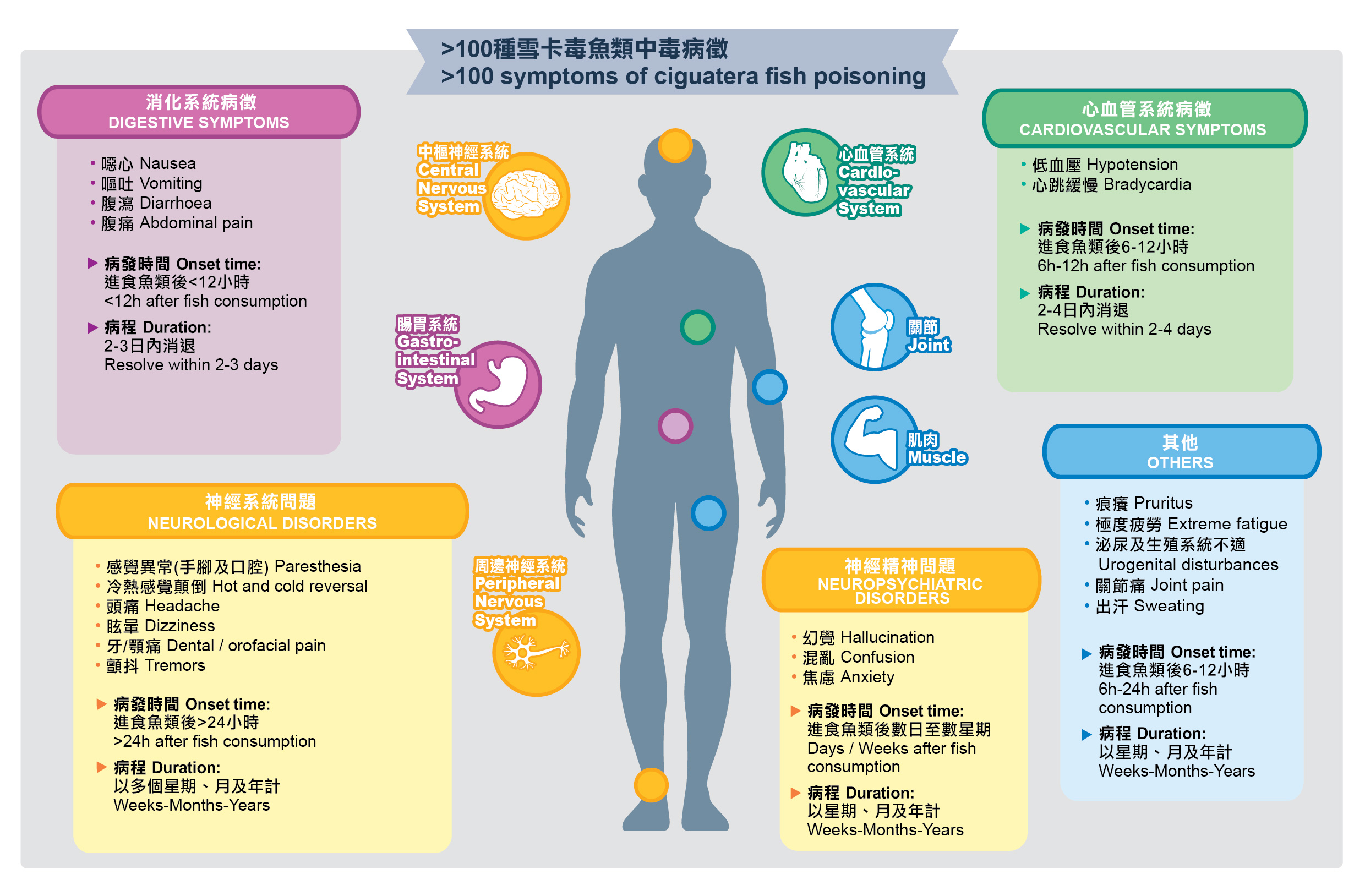 Figure 2. Example of acute symptoms of ciguatera fish poisoning. (Adapted from FAO and WHO. Report of the Expert Meeting on Ciguatera Poisoning. 2020)

CFP is endemic between latitudes 35°N and 35°S, primarily around coral reefs in the South Pacific, Indian Ocean and Caribbean regions. CFP has become a global problem due to international seafood trade and has been reported in areas where the toxic algae is not found but stemming from imported fish.

The Food and Agricultural Organization and the World Health Organization have evaluated the toxicity of ciguatoxins and could not establish a health-based guidance value (both acute and chronic) based on the available data. Some overseas food safety authorities have proposed a maximum concentration of 0.01 mcg CTX1B per kg fish flesh as being unlikely to cause CFP symptoms 1,2 .