This article reviews the food poisoning outbreaks related to local food premises and food business (FPOs) reported to the Centre for Food Safety (CFS) of the Food and Environmental Hygiene Department in 2021. 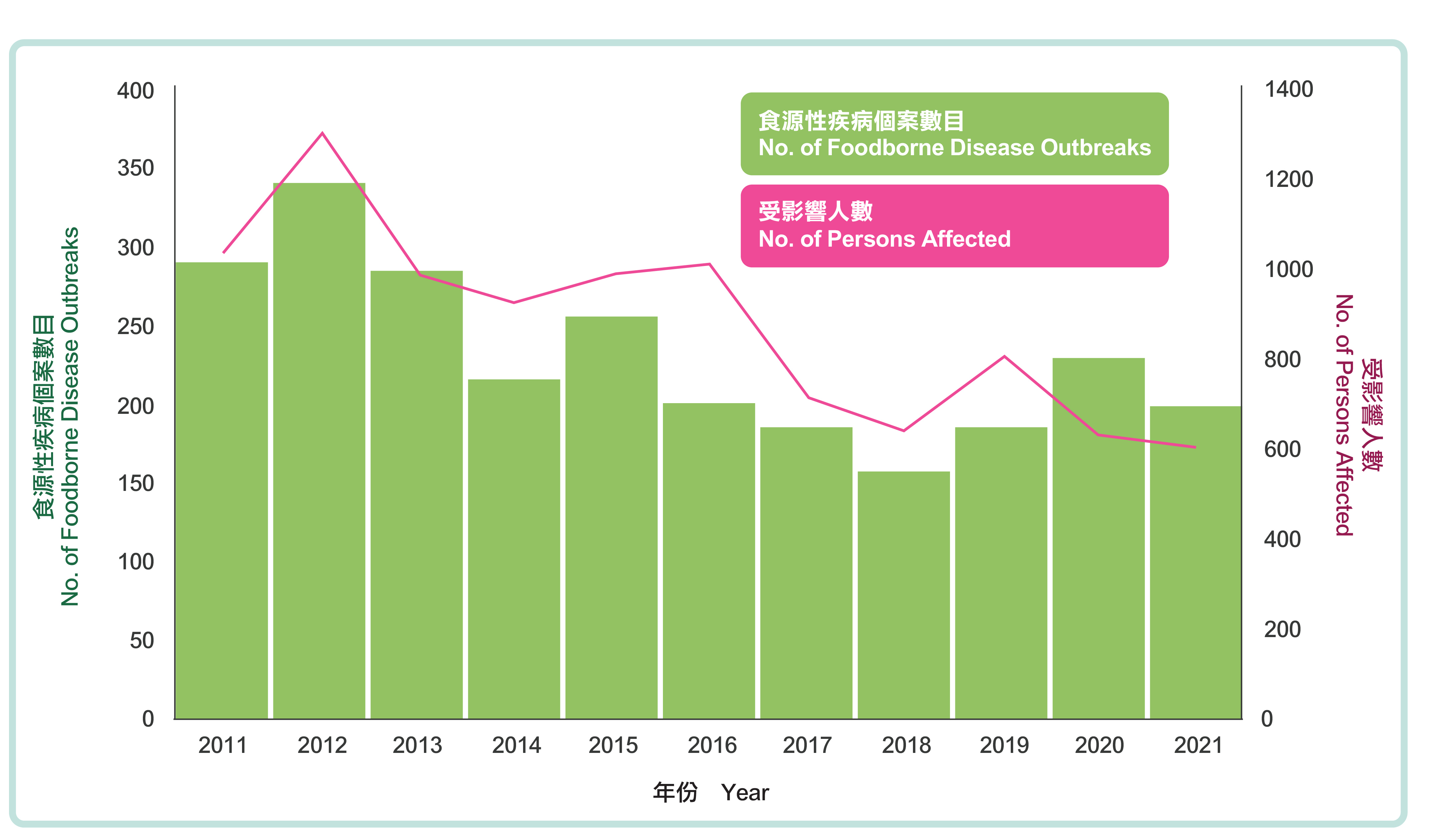 Figure 1: Number of food poisoning outbreaks related to food premises and food business (FPOs) and the corresponding number of persons affected from 2011 to 2021.

Bacterial foodborne agents remained the leading cause (67%) of all FPOs in 2021. Vibrio parahaemolyticus (54% of all bacterial cases) overtook Salmonella (23%) and became the leading bacterial cause. Other bacterial causes are Staphylococcus aureus (11%), Bacillus cereus (7.6%) and Clostridium perfringens (3.8%). Viral causes accounted for 27% of all the FPOs, all being Norovirus. Biochemical causes (6%) (e.g. mushroom toxins, ciguatera toxins, etc.) accounted for the remaining FPOs. “Contamination by raw food”, “raw food consumed” and “inadequate cooking” were the three most frequently identified contributing factors.

The CFS identified an increase in FPOs related to raw oysters in 2021. 101 outbreaks (with 326 affected persons) were recorded in 2021, in comparison to the five-year average of 24 outbreaks per year in the period 2016 – 2020 (see Figure 2). Live oysters were the incriminated food of the raw oysters FPOs in 2021 and storage temperature and wet storage were the main issues identified. 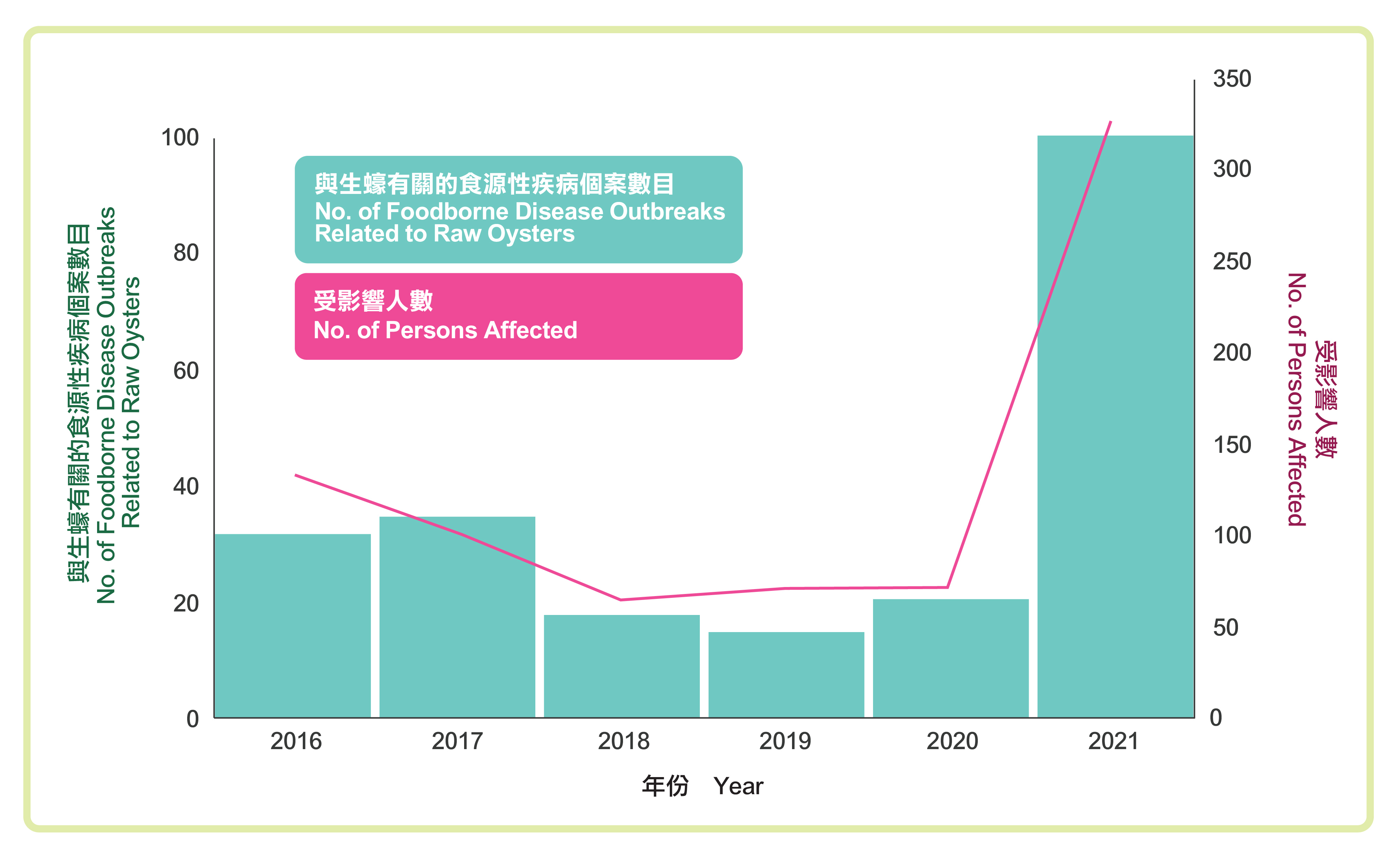 Figure 2: Number of food poisoning outbreaks related to raw oyster and the corresponding number of persons affected reported from 2016 to 2021

The largest cluster comprised of 32 epi-linked FPOs involving a restaurant and affecting 99 persons in October 2021 of the incriminated food items. The outbreaks were confirmed to be caused by Vibrio parahaemolyticus.

The Importance of Storage Temperature

Field investigation of the above–mentioned FPO cluster revealed that the refrigerators for ready-to-eat seafood at the restaurant were defective. According to the restaurant staff, the refrigerators had been malfunctioning for two to three days before the date of consumption of affected persons and the temperature was noted to be higher than 4°C by them. The refrigerators were overfilled with food, affecting their cooling ability.

The practice of wet storage of raw oysters, including mixing and immersing different origins of raw oysters in the same tank, was identified in a number of FPOs involving raw oysters in 2021. The stool sample of an affected person was tested positive for Norovirus. After noting the practice, the CFS instructed the concerned importer/supplier to cease such practice and discard the re-immersed raw oysters.

Wet storage refers to the practice of storing live shellfish temporarily by submerging them under water or heavy spraying. In its Code of Practice for Fish and Fishery Products, the Codex Alimentarius specifies that live bivalve molluscs must not be re-immersed in or sprayed with water after they have been packaged and left the distribution centre. In general, food authorities of oyster-exporting countries are against wet storage of oysters following export. In the European Union, re-immersion of oysters following packaging is prohibited.

Oysters are filter feeders which concentrate disease-causing microorganisms, such as bacteria (e.g. Vibrio parahaemolyticus) and viruses (e.g. norovirus and hepatitis A virus) from the surrounding seawater. These pathogens can grow rapidly at temperatures above 4°C. Proper storage is critical to controlling the growth of these harmful microorganisms. Furthermore, consuming oysters without thorough cooking poses a risk of food poisoning, particularly for susceptible individuals such as the elderly, young children, pregnant women or immunocompromised patients.

The number of FPOs and number of persons affected related to food premises and food business showed a general decreasing trend from 2012 to 2018, but the figures remained somewhat static in the past three years. In 2021, lapses in food safety practices in relation to raw oysters led to a number of outbreaks which added significantly to the toll. This illustrates that lapses in hygiene practices by a small sector of the trade can affect a large number of consumers.

To reduce risk, raw oysters should only be consumed in or obtained from reliable licensed premises. The public should not eat oysters raw that are intended for consumption after cooking. The trade should be reminded of the importance of hygiene practices and do not practise wet storage of raw oysters.