Since mid-October 2007, the Food Standards Agency (FSA) in the United Kingdom (UK) has issued a number of food alerts regarding the recall of seed products (including sesame seeds and seed mixes) due to Salmonella contamination. The recall incidents have been initiated by a variety of health food chains as well as supermarket chains in the UK . Some of the products concerned were ready-to-eat which could be added to yoghurts and salads.

Seeds can become contaminated with Salmonella during growth, harvest or storage. Adequate heat processing should be able to kill the bacteria. However, after heat treatment, seeds can become re-contaminated by Salmonella that are present in the production environment. Individuals who are infected with Salmonella may suffer from fever, and gastrointestinal discomfort such as abdominal pain and diarrhoea. The symptoms are more severe in infants and the elderly.

Manufacturers should ensure adequate processing in their food production steps to eliminate the bacteria, and to prevent re-contamination (e.g. by contaminated raw ingredients, by animals in the production plant, by Salmonella brought into the production plant via packaging materials or humans from the outside environment). 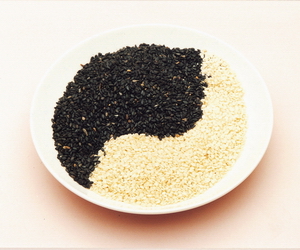