Product Reformulation to Reduce Salt Content in Food (Part I)

Dietary salt intakes are closely related to health.  Excessive salt intake will increase the risk of developing high blood pressure, a risk factor of stroke and coronary heart disease.  The World Health Organization (WHO) recommends that adults should consume less than 5g of salt (2,000mg sodium) daily and the WHO Member States adopted a target of 30% relative reduction in mean population intake of salt by 2025.

In Hong Kong, the Report of Population Health Survey 2014/2015 published by the Department of Health revealed that persons aged 15 to 84 had a daily salt intake of 8.8g per day (~3,500mg sodium). The vast majority (86%) had dietary salt intake above the WHO's recommended daily limit of less than 5g per day. In addition, a target of a 30% relative reduction in mean population intake of salt/sodium intake by 2025 was set in the Non-Communicable Diseases Strategy and Action Plan launched by the Government. 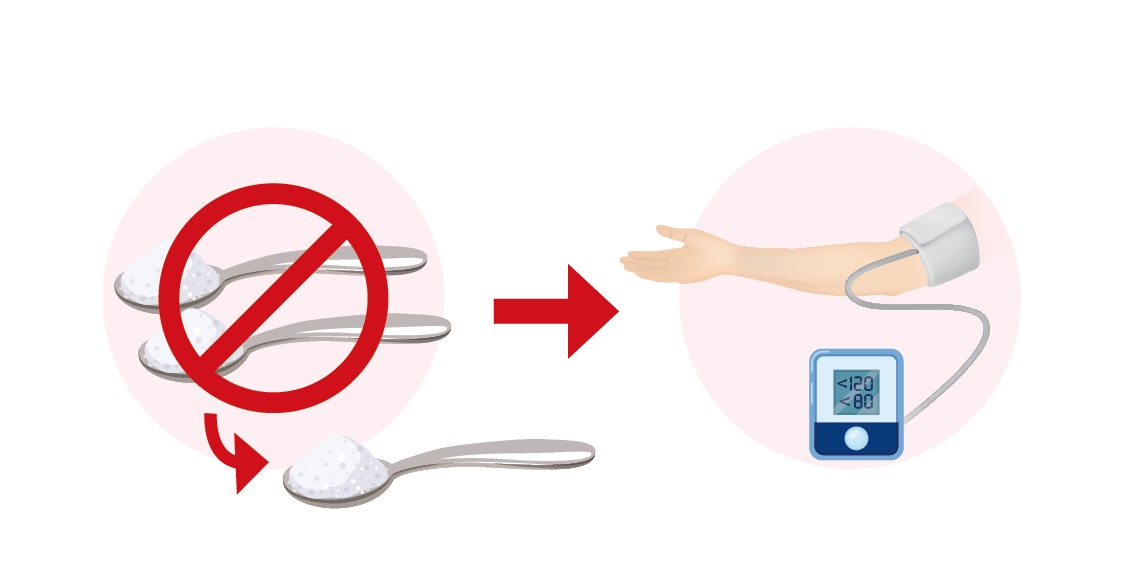 The WHO opines that promoting product reformulation to contain less salt is essential to reduce population salt intake and should be one of the “Best Buy” interventions. The WHO also published “A Guide for Setting Targets and Timelines to Reduce the Salt Content of Food 2013” (the Guide) to facilitate the Government in engaging the food trade in setting and following a schedule of salt reduction targets and timelines per food category.

Set a ceiling level between the 50th and 75th percentiles of the salt content distribution of the food category. It ensures meaningful salt reductions in products with higher amounts of salt but food traders whose products have salt levels initially below the maximum level may have no incentive to reduce the salt content.

Set certain salt reduction percentage for the food category (e.g. 20% reduction). It may be easier for the food trade to follow but it may be perceived as unfair by food traders whose products already have low salt contents.

Each approach has its own advantages and limitations. The WHO opines that both an average and a maximum target per food category should be set.

In addition, the Guide proposes that the salt reduction targets should be reached within 6 to 10 years. The initial targets could be considered to span four years with interim targets (e.g. two years intervals) to allow gradual reduction and underpin monitoring. Monitoring framework may include laboratory analysis of the food products and dissemination of the result to the public.

Overseas countries such as United Kingdom (UK) and Canada had set voluntary salt reduction targets and timelines. They set both average and maximum levels for different food categories such as bakery products, soups and sauces. Moreover, their salt reduction targets were set by phases. For instance, UK set an average sodium target (400mg/100g) for bread and rolls for 2012 and subsequently set an average sodium target (360mg/100g) and maximum sodium target (450mg/100g) for 2017. In 2017, 89% of the bread and rolls products met the target.

How could the trade reduce the salt content in their products? We shall talk about how reduction of salt content through product reformulation can be locally implemented in the next issue.