In late August 2007, the local media reported, based on a study conducted by several research institutes in Asia , that mussel samples collected from Hong Kong coastal waters contained organic contaminants including dichlorodiphenytrichloroethane (DDT) , chlordane, polychlorinated biphenyls (PCBs) and polybrominated diphenyl ethers (PBDEs). The level of DDT detected in one local sample was reported to be the highest in the Asian cities studied.

DDT and chlordane are organochlorine insecticides that have been banned for agricultural use in Hong Kong for years. PCBs and PBDEs are industrial chemicals being used as insulating fluids and coolants in electrical equipment, and flame retardants in polymer resins and plastics, respectively. As these organic compounds are persistent in the environment, they tend to concentrate along the food chain. The main concern of their presence in food is their cancer-causing potential or adverse effects on the nervous system. For the reported levels of contaminants in the local mussel samples, normal consumption is unlikely to pose immediate health risks.

The CFS has been attending to organic contaminants in food and monitoring them (including DDT, chlordane and PCBs) in aquatic products under the food surveillance programme. The public is advised to maintain a balanced diet to avoid excessive exposure to contaminants from a small range of food. 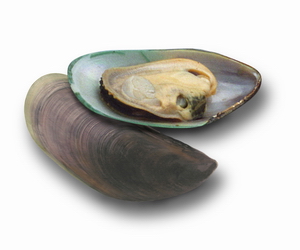