Around the world, cases of seafood poisoning occur from time to time due to the presence of naturally occurring substances. Poisoning from ciguatoxin and other shellfish toxins present in seafood constitutes the majority of these cases. These toxins, produced by certain types of microalgae and accumulated in species such as some coral reef fish and shellfish along the food chain, are collectively known as phycotoxins. Besides phycotoxins, other natural toxic substances present in seafood include tetrodotoxin in puffer fish, and histamine, a conversion product of bacterial spoilage in scombroid fish.

Phycotoxins may be produced by algae in both temperate and tropical climate, such as dinoflagellates and diatoms. Not all algae or mircoalgae are toxic. In fact, of over 5,000 species of marine algae, only about 70 or more species are known to produce toxins. Under certain environmental conditions, algal blooms or red-tide can occur as a result of rapid multiplication of toxic or non-toxic algae. When toxic algae are involved in a red tide, seafood contamination is possible.

Through the marine food chain, phycotoxins produced by toxic microalgae may accumulate in a variety of marine species. Upon ingestion by human in significant amounts, these toxins may cause poisoning with various gastrointestinal and neurological effects. At present, there are no antidotes against these phycotoxins and medical treatment is mainly supportive. According to statistics from the Centre for Health Protection, 385 cases of ciguatoxin poisoning affecting 1,356 people, and 69 cases of shellfish poisoning affecting 145 people were reported in Hong Kong from 1997 to 2006.

Certain coral reef fish which commonly accumulate ciguatoxins are of high risk for ciguatera fish poisoning. In general, the larger the fish, the higher is the level of toxin. Fish roe, liver, guts, head and skin are parts of the fish where ciguatoxins are concentrated. 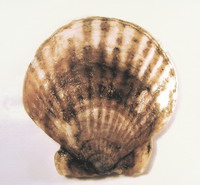 Tetrodotoxin is a potent neurotoxin found in fish of the family Tetraodontidae, and concentrated in the ovaries (eggs), liver, guts and the skin. Fish commonly associated with tetrodotoxin intoxication include puffer fish and porcupine fish although not all the species contain the toxin. Although the cause is unknown, tetrodotoxin is considered likely to be produced by marine bacteria that are often associated with marine animals. From 1997 to 2006, eight cases of tetrodotoxin poisoning affecting 15 people were reported in Hong Kong. Paraesthesia in the face and extremities, dizziness and numbness are the characteristic symptoms, and death may occur in severe cases.

Scombroid poisoning occurs after the ingestion of scombroid fish species (e.g. tuna, mackerel, sardines, anchovy) containing the toxic substance histamine. Histamine is formed during spoilage and improper storage by conversion of the free amino acid histidine in muscles of dead fish with the presence of certain bacteria. The clinical symptoms are different from those of poisoning from the phycotoxins and are characterised by facial flushing, rashes, and palpitations. From 2001 to 2006, 25 cases of histamine poisoning affecting 46 people were reported in Hong Kong . 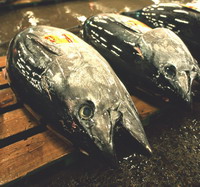 Does Cooking Reduce the Risk?

Ciguatoxin, shellfish toxins, tetrodotoxin and histamine are heat-stable and cannot be removed upon cooking and processing. These natural toxic substances are tasteless and odourless, and the contaminated seafood cannot be distinguished by their appearance.