Listeria monocytogenes and its Control

Food incidents concerning Listeria monocytogenes contamination occur in overseas countries from time to time. From January to June 2007, the Centre for Food Safety (CFS) identified about 20 of such incidents from various websites of food safety authorities in the Mainland, Australia, New Zealand, the United Kingdom and the United States. The CFS responded to these food incidents promptly by contacting relevant authorities, making appeal to retailers to stop selling and warning the public not to consume the affected products as appropriate.

The genus Listeria consists of seven species of gram positive, non-spore forming facultative anaerobes, which are found almost everywhere in the environment. However, Listeria monocytogenes is the only human illness causing species. Such bacteria have an optimum growing temperature of around 37°C. Unlike other pathogens, it can also grow slowly at 0°C.

It is widely recognised that listeriosis is principally attributable to foodborne transmission of Listeria monocytogenes. However, listeriosis is not a common disease in Hong Kong with some 20 confirmed cases in the past 3 years.

Control of Listeria monocytogenes in Food

To assist officers in food safety control and facilitate the trade in devising measures to enhance food safety, the CFS developed a set of Microbiological Guidelines for Ready-to-eat Food (the Guidelines) in 2002 and revised it in 2007, in consultation with microbiological experts of the Expert Panel on Microbiological Safety of Food. The revised Guidelines issued in May 2007 stipulate the Listeria monocytogenes limit for all ready-to-eat food at less than100 colony-forming units per gram (cfu/g) except for (i) food under refrigeration (excluding frozen food) and (ii) food intended for infants, where a"not detected in 25g"limit is set.

Ensuring food safety requires tripartite collaboration – the government, the trade and consumers. Apart from government's effort in monitoring and controlling food safety, the trade also has a vital role to play in producing safe food. They should put Good Manufacturing Practices in place and observe the Listeria monocytogenes limits set in the Guidelines so as to ensure the food they produce is safe for consumption. Besides, members of the public should practise sound food and personal hygiene, and the susceptible populations including pregnant women, the elderly and those with lowered immunity, should avoid the consumption of high risk food.

Illustration: Examples of foods that have to meet the "not detected in 25g" limit for Listeria monocytogenes (from top to bottom): coleslaw, yoghurt, milk, soft cheese, sliced ham and baby food 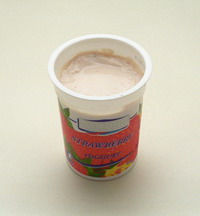 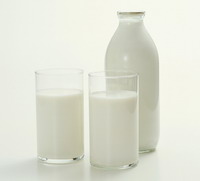 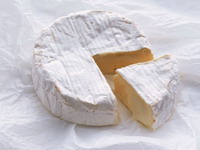 More About the Current Guidelines

Q1.What are the rationales for setting such criteria ?

A1.The CFS sets the criteria with reference to the best available scientific evidence and international practices. The "zero tolerance" approach to regulate Listeria monocytogenes in all ready-to-eat foods has been criticised by food technologists and scientists internationally and was considered as an over-cautious approach in light of the latest scientific evidence. Recent risk assessment study conducted by international authorities revealed that most listeriosis cases were associated with the consumption of foods that did not meet current standards for Listeria monocytogenes, regardless of whether the standard was zero tolerance or less than 100 cfu/g. Studies also showed that certain foods were more likely to be implicated in listeriosis and certain populations were more susceptible to the infection. Due to the ubiquitous nature of Listeria monocytogenes, it would be difficult to maintain its absolute absence in all kinds of ready-to-eat food. Adopting a non-zero tolerance policy for low risk foods will allow efforts and resources to be focused on areas that may have greater health benefit. Developed countries like Australia, Canada and the United Kingdom have also adopted an approach of control on Listeria monocytogenes by having a more stringent requirement towards high risk foods and a limit of less than100 cfu/g for other types of foods, resulting in better resource allocation.

Q2.Why are there two different limits for ready-to-eat food ?

A2.A wide range of food may be contaminated by Listeria monocytogenes. However, they pose different health risks to different populations.

Moreover, infants are more susceptible to Listeria monocytogenes infection. Therefore the CFS takes a stringent approach "not detected in 25g" towards ready-to-eat products intended for infants.

Q3 .Will the current Guidelines affect the occurrence of listeriosis ?

A3.Based on current available scientific evidence, setting a Listeria monocytogenes limit for low risk items at less than100 cfu/g is not expected to result in increased number of listeriosis incidence.

Further information about Listeria monocytogenes and the Guidelines can be obtained from the following webpages: