Some people are still worried about the current level of pesticide residues in fruits and vegetables they consumed, having an impression that they may cause undue harm to the body. We reviewed pesticide-related food poisoning cases and give an overview of the risk of pesticide residue in food for the past three decades. 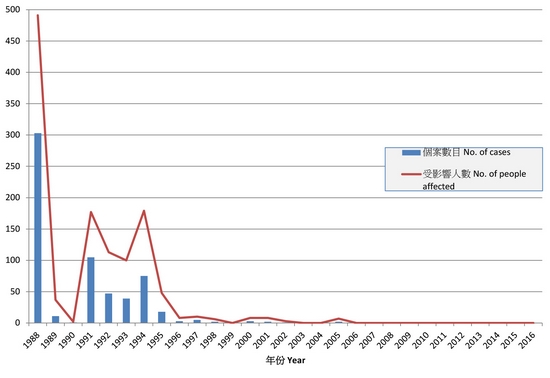 The outbreaks before 1996 were mainly caused by the pesticide methamidophos, which was a popular pesticide used in leafy vegetables imported at that time due to its availability and effectiveness in controlling chewing and sucking insects. The methamidophos levels that were commonly found in food poisoning cases at that time were about 200 ppm, which was so high that consumption of a small amount of the vegetable concerned would cause acute symptoms such as nausea, vomiting, abdominal pain, dizziness and blurred vision. Much effort had been made to curb the influx of vegetables that contained dangerous level of pesticide residues. With close liaison with the Mainland authorities and introduction of various control measures, the situation was gradually under control. The setting up of the Man Kam To Food Control Point at the border for screening out samples with high pesticide residue levels also played an indispensable role.

Agreements had been made with Mainland authorities that all Mainland vegetables imported have to be sourced from registered farms and processing plants, accompanied with required export documents and identification tags and entered through Man Kam To when enter by land. Furthermore, farm inspections are being made to check for compliance in terms of safe pesticide use and good agriculture practice (GAP).

Pesticide Residues in Food in this Decade

In the past decade, the Centre for Health Protection did not identify any confirmed cases of food poisoning caused by pesticide residues. Furthermore, with the enactment of the Pesticide Residues in Food Regulation on 1 August 2014, control was further strengthened. Between 1 August 2014 and 2016, the CFS took about 91 700 food samples for testing of pesticide residues, and overall only 0.2 % was found not complying with legal requirement (See Figure 4). The figures compared well against European Union (83 000 samples, 3% exceeding maximum residue levels (MRLs) in 2014) and Canada (3 078 samples, <1% exceeding MRLs in 2009 - 2010). Among those small percentage of samples exceeding the regulatory limits, almost all of them would not cause any harm to the consumers' health under normal consumption. The unsatisfactory results merely reflected that GAP had not been followed closely. Only a handful of the unsatisfactory samples may cause chronic health problems for some consumers if consume continuously over a prolonged period of time. 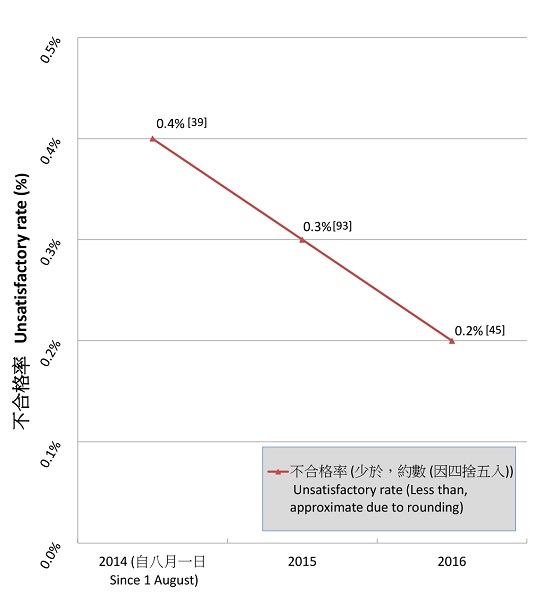 Figure 4: Number of fruits and vegetable samples collected for pesticide residue analysis and the number of unsatisfactory samples from 1 August 2014 to 2016.

The CFS also examined the problem from a population risk assessment perspective. The First Hong Kong Total Diet Study (TDS) found that the dietary exposure of consumers to more than 100 varieties of pesticides was much lower than the safety reference values. TDS studies can better reflect the dietary exposure of the population to pesticide residues and their actual risks. Of the pesticides studied, it is very unlikely that the population of Hong Kong will be exposed to excessive amount of pesticide residues through diet.

As reviewed above, exposure to pesticide residues is no longer an imminent risk. The CFS had been reviewing the advice on washing vegetables that was introduced some two decades ago when food poisoning caused by pesticide tainted vegetables was common. Please stay tuned in the next instalment of this article.