Announcements by Taiwan authorities in mid-April that levels of pesticide residues in a number of tea leaf/floral tea samples available in Taiwan not complying with their regulatory standards have sparked concerns among the public. This article provides an overview of pesticide residues in tea products, regulatory measures and follow-up actions taken by the Centre for Food Safety (CFS).

Proper use of pesticides can reduce crop damage by pests and increase the crop yield. Small amounts of pesticide residues may inevitably remain in crops, including tea products, despite following their application under Good Agricultural Practice (GAP) or as a result of environmental contamination.

Food safety authorities usually set standards, known as the " Maximum Residue Limits (MRLs) ", for pesticide residues in food. These standards are the maximum legally permitted levels that are established with reference to the authorised use condition of pesticides according to GAP. As the conditions in different countries (e.g. pest types and environmental conditions) are different, the approved GAP for individual pesticide may not necessarily be the same and therefore different MRLs may be established. The Codex Alimentarius Commission (Codex), the international reference point for developing food standards, has strived to establish internationally harmonised MRLs so as to protect the consumers' health and promote international trade.

Although the primary objective of setting MRLs is to protect consumers' health, these standards should not be treated directly as the "food safety limits". A residual level exceeding the MRL is more a reflection of non-compliance with GAP rather than an implication that consumers' health is at risk, provided that the total dietary intake of that particular pesticide falls below the health-based guidance values (also called " safety reference values " under the Pesticide Residues in Food Regulation (Cap. 132CM) (the Regulation)). In fact, in most instances, public health is not at risk even though MRLs have been exceeded.

In Hong Kong, pesticide residues in food are subject to control under the Regulation which has come into operation on 1 August 2014. Recognising the fact that Hong Kong relies heavily on imported food, the standards laid down in the Regulation was formulated primarily on the available Codex standards, supplemented by available standards of the Mainland and other major food exporting countries to Hong Kong at that time, while taking into consideration comments received during previous consultation exercises. These standards had been scrutinised by conducting risk assessment to ensure that they are adequate to protect public health in Hong Kong.

The general principle of the Regulation is that except for exempted pesticides, import or sale of food containing pesticide residues with no specified standards in the Regulation is only allowed if consumption of the food concerned is not dangerous or prejudicial to health with reference to the risk assessment results. The CFS will also assess whether the level detected has suggested improper use of the pesticide concerned.

As new pesticides and new applications on crops keep emerging, standards listed in the Regulation are understandably not exhaustive and will be subject to review based on the international development and proposals received from stakeholders. 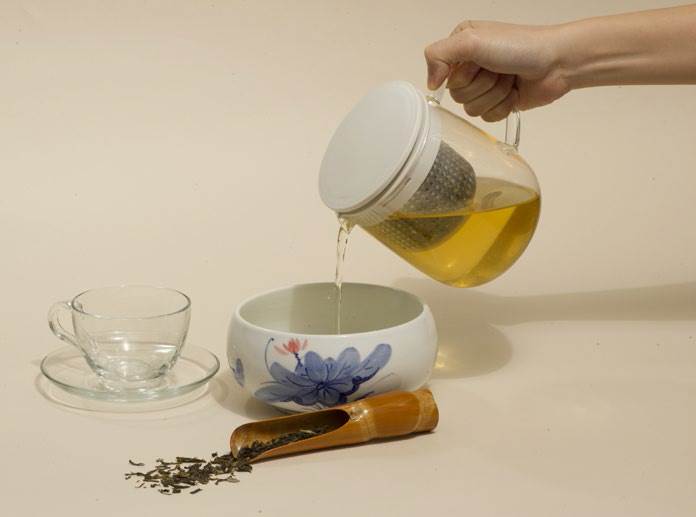 Discard the first infusion may remove some of the undesirable substances, but also remove concentrates or essences of which some consumers may treasure.

Apart from liaising with Taiwan authorities over the issue, the CFS has immediately enhanced surveillance on pesticide residues in tea products and contacted the relevant traders to investigate if the affected products have been imported into Hong Kong.

In connection with the above incident, the CFS has collected 228 samples for the testing of pesticide residues from 21 April 2015 to 16 June 2015. Except for a jasmine floral tea sample detected with triazophos at a level of 0.41 mg/kg, the other samples were found satisfactory. Based on the level detected in the sample, adverse health effects are not expected upon usual consumption.

Since the Taiwan incident is evolving, investigation by the CFS is ongoing. Consumers and traders can refer to the CFS' website for the latest information.