Last month, the Centre for Food Safety (CFS) found a batch of pre-packed dried beancurd imported from Taiwan containing the non-permitted colouring matter dimethyl yellow in a targeted food surveillance project. The CFS has contacted the Taiwan authority, instructed the traders concerned to take the affected product off the shelves, and alerted the public of the incident.

Dimethyl yellow is an industrial chemical used to colour polishes and other wax products, gasoline, and soap. The International Agency for Research on Cancer has classified dimethyl yellow as a Group 2B agent, i.e. possibly carcinogenic to humans.

The detection of dimethyl yellow in the imported beancurd has unvealed a more serious underlying problem. Upon receiving the CFS's notification on the discovery, the Taiwan authority has conducted an in-depth investigation and found dimethyl yellow in over 100 products, including dried beancurd products and instant noodles. Despite placing more emphasis on monitoring the food supply chain, the CFS's surveillance system focusing on end products remains an important tool in safeguarding food safety and protecting public health given that the majority of the local food supply is from outside Hong Kong. The CFS advises traders to stop selling the affected products and consumers not to consume the products concerned. 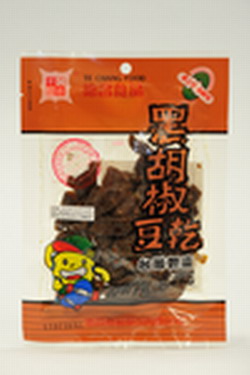