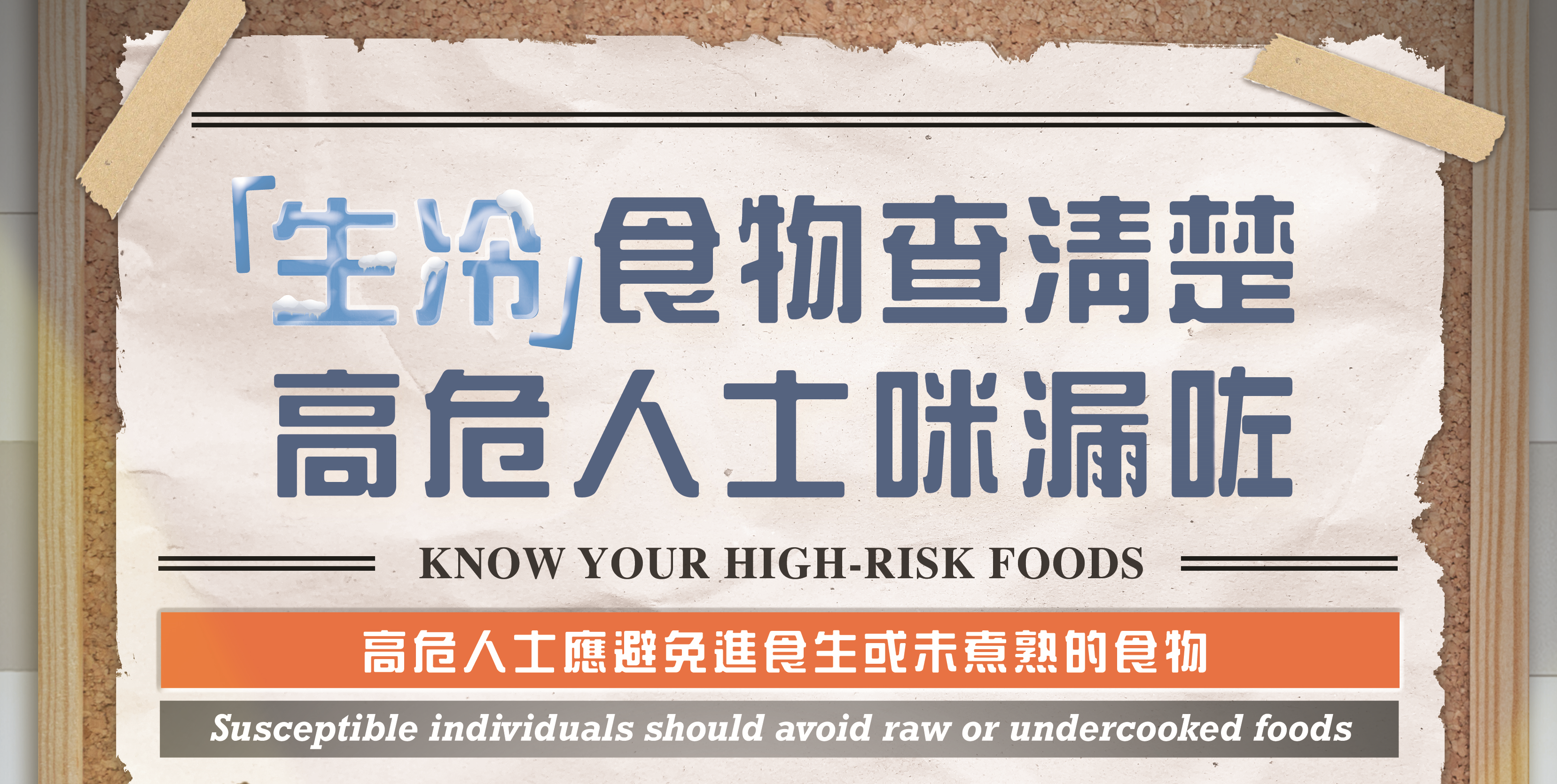 New publicity campaign on the food safety issues of raw or undercooked foods, enhancing the public awareness of inherent risks related to consumption of raw and undercooked food and food poisoning, especially to susceptible individuals

Food poisoning is not an uncommon summertime malady that can result in dire public health issues. The warm weather in summer can increase the risk of food poisoning due to bacteria because bacteria grow faster in warmer environments. In Hong Kong, June to September is the peak season for food poisoning outbreaks. Through the annual Food Safety Day, the Centre for Food Safety (CFS) reminds members of the public and the trade to be vigilant, particularly during summer, against food poisoning. A public campaign was a key element of the strategy, which aims to reduce the number of foodborne illness cases by changing behaviours and culture around food preparation and storage practices.

The publicity campaign sheds light on the food safety issues of high-risk foods, enhancing the public awareness of inherent risks related to consumption of raw and undercooked food and food poisoning. The year’s campaign stresses on reminding the susceptible populations, such as the elderly, young children and infants, pregnant women, and people with weakened immunity, of the risk of consuming raw or undercooked food. The CFS will keep on promoting the ‘Five Keys to Food Safety’ as the best-buy measure in preventing foodborne diseases.