Last month, the Food Standards Australia New Zealand (FSANZ) recalled Aprisnax Australian Raw Apricot Kernels because of high hydrocyanic acid levels. The Centre for Food Safety (CFS) immediately contacted FSANZ and found no indication of any affected product being imported into Hong Kong. As the concerned product could be purchased online, for the sake of prudence, the CFS has alerted the trade and the public of the incident.

Cyanogenic glycosides, which naturally present in apricot kernels, are relatively non-toxic. However, they can release hydrocyanic acid, which is toxic to humans, as a result of chemical reaction. The clinical signs of acute cyanide intoxication include rapid respiration, drop in blood pressure, headache, stomach pain and vomiting.

The CFS advises consumers to stop eating the product concerned bought abroad or online recently. People should also seek medical treatment if they feel unwell after consuming the particular product. 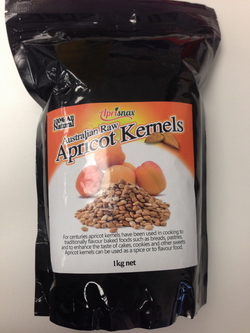