Food colours, being one of the over twenty functional classes of food additives, have an important role in food processing which could be dated back to antiquity. Food colours add to the enjoyment of food by offering an appealing appearance with added or restored colours. Nevertheless, some consumers nowadays are sceptical about them, wondering whether they are safe. This series of articles on food colours will discuss the nature, uses and safety of food colours.

The use of food colours can be traced back to 1 500 B.C. when the art of making coloured candies was illustrated in paintings in Egyptian tombs. In ancient China, literature has recorded the colouration of food and wine with natural colours, for example, juice of mugwort had been mentioned in the making of a special kind of green dumpling whereas the monascus pigments in red fermented rice had been mentioned to give the wine a red colour.

The first synthetic colourant, mauveine, was discovered by the English chemist Sir William Henry Perkin in 1856, using coal-tar as the major source of raw material. Before that time, the colourants used in food and cosmetics were of natural origins mostly from plants but also animals and minerals. Nevertheless, many of these natural colorants were expensive and labour-intensive to produce, and easily faded when exposed to light. The discovery of mauveine gave birth to the synthetic colorants industry in the nineteenth century.

Among many consumers in this modern age, the origin of food colours attracts much concern, and notably there has been increasing preference for natural food colours over synthetic or artificial ones. According to literature, there are several dozens of colourants commonly used in food throughout the world. Regardless of their origin, if food colours have been ascertained as safe for food use through safety evaluation and are used appropriately, there is a reasonable certainty that they cause no harm to consumers.

Production and Applications of Food Colours

Indeed, many food colours occur naturally in the foods we eat every day. For instance, turmeric, which is a yellow powder mainly used in food as a colourant but sometimes also for its aroma, is often found in food items and dishes in Asia, such as pickles (e.g. pickled daikon radish), curries/curry powders, yellow steamed rice, as well as mustard condiment which is one of the most popular and widely used condiments in the world. Turmeric is simply obtained by drying and grinding the rhizomes of the plant Curcuma longa. 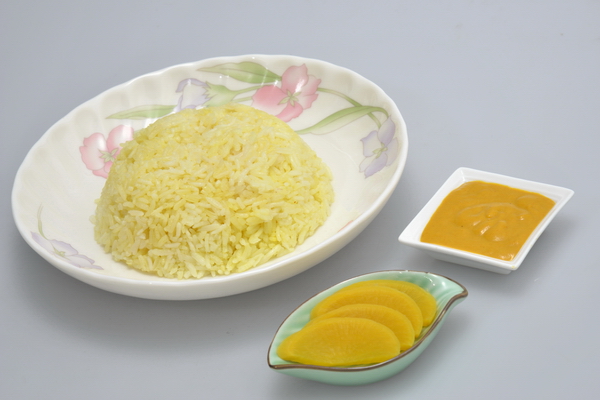 On the other hand, beta-carotene, from the Latin name "carota" for carrot, is the colourant responsible for the orange colour of carrot. Beta-carotene can be produced commercially by a variety of methods, including (i) solvent extraction of carrots, palm oil or sweet potato etc. with subsequent purification; (ii) fermentation using the fungal species Blakeslea trispora followed by solvent extraction; or (iii) chemical synthesis.

For some other food colours, such as tartrazine and sunset yellow FCF, they are not found in nature and can only be produced by chemical synthesis. These two food colours are derived from raw materials mainly obtained from petroleum although coal-tar was the traditional origin.

Nowadays food colours are being widely applied in processed foods. Some common food colours include those originated from insects (carmines from the female cochineal insects) or minerals (titanium dioxide from ilmenite).

In the next article, we will look into the uses of food colours and the controversies.