4-MEI and its Occurrence in Foods

Caramel colours are divided into four classes, namely Caramel I, II, III and IV. 4-MEI is a contaminant formed during the manufacturing of Caramel III and IV which involves the interaction of ammonium compounds with carbohydrates under varying conditions of temperature and pressure.

Caramel colours can be used in different foods such as cola drinks, beers, soy sauces, etc. to give the distinctive brown colour. On labels of prepackaged food, caramel colours may be identified with the International Numbering System number "150", whereas the four subclasses may be more specifically identified as "150a", "150b", "150c" and " 150d", respectively.

The public may be exposed to low levels of 4-MEI through the consumption of foods and beverages containing Caramel III and IV. In addition, 4-MEI can also be formed in some foods as a by-product during roasting. 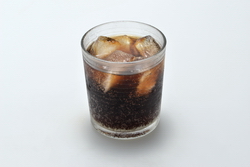 In the evaluation on caramel colours conducted by the Joint FAO/WHO Expert Committee on Food Additives (JECFA) and more recently again by the European Food Safety Authority, it was considered that the exposure level to 4-MEI that could result from the consumption of foods containing Caramel III and IV did not give rise to concern.

At present, there is no internationally recognised health-based guidance value for 4-MEI nor its maximum permitted levels in foods. Nevertheless, JECFA has specified the maximum levels of 4-MEI in Caramel III and IV in the chemical specifications of caramel colours to indicate good manufacturing practice. In the US, caramel colours may be safely used for colouring foods generally. In Hong Kong, caramel is a permitted colouring matter.

Whilst international authorities have opined that 4-MEI in foods from the use of caramel colours does not give rise to concern, the US State of California has adopted a different approach, and requires businesses to provide a warning if they manufacture or sell products in California that cause exposures to 4-MEI of more than 29 micrograms/day. Such warning does not necessarily mean a product is in violation of any food safety standards. Rather, it serves to enable Californians to make informed decisions.