Cereals and plants used for production of crude vegetable oils may be contaminated by air, water, soil, etc. Furthermore, drying of cereals and plants using direct application of combustion gases can result in contamination of the product with PAHs as the combustion products may come into contact with the grain and oil seeds. Refining processes can reduce the level of B[a]P in cooking oil and the final levels depend on the refining conditions adopted. The European Commission reported in 2004 about the levels of B[a]P in various types of oils, among which, about 170 oil samples (8%) had B[a]P levels higher than 5 μg/kg.

There is no agreed definition of gutter oil. Generally, it refers to discarded oil recovered from gutters and ditches. There is no established scientific method to identify gutter oil at present. The presence of B[a]P in cooking oil does not mean that the oil is gutter oil as B[a]P may be present in cooking oil as a result of the reasons mentioned in the preceding paragraph and the level may increase upon repeated use. Nevertheless, the quality and safety of cooking oil could be monitored by conducting chemical tests to ascertain the amount of harmful substances contained.

B[a]P is toxic to genes and can cause cancer in human. In 2009, the International Agency for Research on Cancer of the World Health Organization classified B[a]P as "carcinogenic to human" . As its safety reference value cannot be determined, B[a]P intake should be reduced to a level as low as practicable.

The Codex Alimentarius Commission has not established standard for B[a]P in food. The standards for B[a]P in vegetable oil in the EU and Mainland China are 2 μg/kg and 10 μg/kg respectively. The existing Hong Kong legislation does not stipulate the statutory limits of B[a]P in food. However, the CFS has recently established a provisional action level of 10 μg/kg for B[a]P in cooking oil. Section 54 of the Public Health and Municipal Services Ordinance (Cap. 132) also stipulates that all food (including cooking oil) for sale must be fit for human consumption. Risk assessment will be conducted to assess the health risk of B[a]P in edible vegetable oil if the provisional action level is exceeded.

The Findings on Cooking Oil in Hong Kong

The Food and Environmental Hygiene Department has been monitoring levels of B[a]P in cooking oil for more than ten years. In 2012, the CFS carried out a targeted surveillance project on used cooking oil with results satisfactory. In response to the recent incident, the CFS immediately collected cooking oil samples for B[a]P testing. As of 16 January 2013 , three samples taken from importer and suppliers were found to contain B[a]P at levels higher than the provisional action level. A sample collected from a supplier in Tuen Mun contained the highest B[a]P level at 17 μg/kg. The risk assessment result adopting the margin of exposure approach suggested that the health risk for consuming the oil sample in question should not be high. On the other hand, samples collected from food premises contained either no detectable B[a]P or with levels lower than the provisional action level. As a prudent measure, the CFS has requested the cooking oil supplier concerned to stop selling and recall the affected product.

To further allay public concerns, the CFS has embarked on an additional targeted food surveillance project on cooking oil. Samples have been taken from different stages of the food supply chain to ensure that the products are in compliance with the legal requirements in Hong Kong and are fit for human consumption. 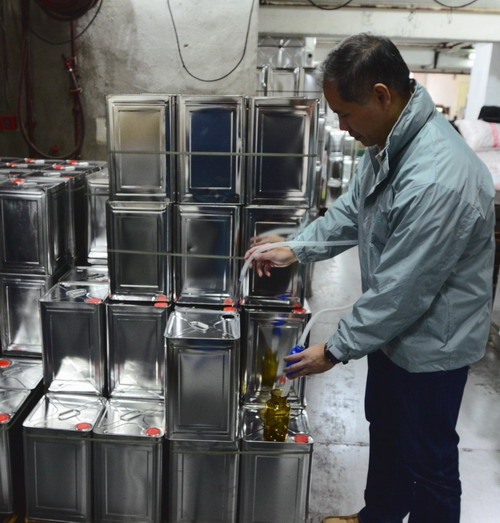