Last month, a policy advocacy organisation in the United States (US) reported that high levels of 4-methylimidazole (4-MI), a chemical contaminant arisen from the formation of some caramel colourings, was found in cola drinks available in the US market. The issue has attracted public attention due to concerns on the cancer causing potential of 4-MI.

4-MI is formed as a by-product during the production of caramel colourings (Caramel III and Caramel IV) which can be used to give brown colour to a variety of foods such as beer, brown bread, sauces and cola drinks.

Caramel colourings are permitted food additives in the European Union, the US , Australia , New Zealand , Korea and Mainland China . Recent evaluations conducted by the European Food Safety Authority suggest that the highest exposure level to 4-MI that can result from the consumption of foods containing Caramel III and IV does not give rise to concern. In addition, the Joint FAO/WHO Expert Committee on Food Additives opines that the acute neurological effects produced by high doses of 4-MI would not appear to be of major concern when caramel colourings containing small amounts of this contaminant are used in food. Exposure to 4-MI from usual consumption of cola drinks is not likely to lead to adverse health effects.

In Hong Kong, caramel is a permitted colouring matter under the Colouring Matters in Food Regulations. Concerned individuals may read food label on prepackaged food and look for Caramel III and Caramel IV or their identification numbers (150c; 150d) so as to make informed choices. For more information on safety of caramel colourings, please refer to the Centre for Food Safety's Risk in Brief "4-Methylimidazole in Cola Drinks". 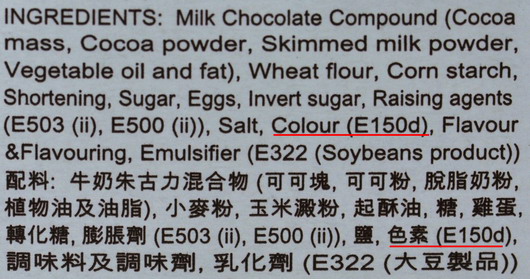 Concerned individuals may look for Caramel III and Caramel IV or their identification numbers (150c; 150d) to make informed choices.