On 11 December 2011, a local newspaper reported the sale and use of grinded opium poppy capsules as an ingredient of spicy Sichuan hotpot soup base in Mainland China, where such use is illegal. The article had also raised the concern on its possible use in food in Hong Kong due to the ease of obtaining opium poppy capsules in the Mainland.

Opium poppy plant contains opium, but its distribution is uneven. High levels of opium alkaloids like morphine can be found in many parts of the opium poppy plant, including the capsules, because the tube system that produces the milky sap is present in the whole plant except for the seeds. The opium poppy capsules are reported to contain morphine at levels ranging from 0.12% to 0.89% or above. 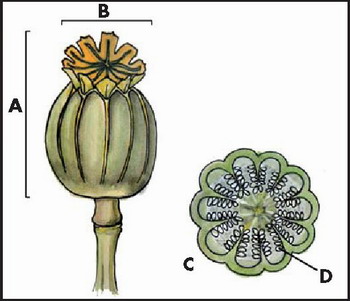