In late July, six persons in three clusters developed abdominal pain, vomiting and diarrhoea two to three hours after eating fresh mushrooms bought from a promotion booth inside a department store. Upon investigation, we found the mushrooms were imported from the Mainland and supplied to six retail outlets. Packaging was done at points of purchase by staff following customer orders on the amount of selected mushroom types. While laboratory testing did not detect any toxins in the samples collected from the patients' homes and retail outlet, epidemiological findings suggested that adulteration of these mushrooms with toxigenic species was the most likely cause of the outbreak. Other possible causes include spoilage of the mushrooms and insufficient cooking of certain species, which might cause nausea and vomiting. Steps were immediately taken to dispose of the remaining stocks.

Mushroom poisoning is usually acute and may present with gastrointestinal and a variety of other symptoms. Patients may suffer from extreme thirst, profuse sweating, hallucination, coma and other neurological symptoms, depending on the species and amount consumed.

The Centre for Food Safety advises consumers not to buy mushrooms which may have been mixed with unknown species, and some edible species like Boletus luridus have to be well-cooked before consumption. All mushrooms need to be cleaned thoroughly. If mushroom poisoning is suspected, seek medical treatment immediately. 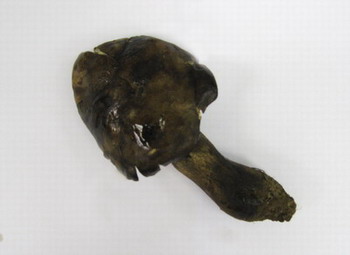