Oxalates are found in some fruits and vegetables, such as starfruit, rhubarb, beetroot, spinach and amaranth. Oxalates are in many forms. Calcium oxalates may be in the forms of needles, clusters or crystal sands. When they exist in needle shape, they penetrate the skin and mucous membranes more readily and cause irritation. A wild plant elephant ears (Giant Alocasia) is known to contain calcium oxalate raphides.

According to the affected persons of suspected calcium oxalate food poisoning cases, their commonly reported symptoms matched the ones described in literatures, which included numbness and burning sensation of the tongue, mouth and lips, swelling of tongue or lips. Furthermore, some patients reported gastrointestinal symptoms, such as nausea, abdominal pain and diarrhoea as well.

To prevent calcium oxalate food poisoning, it is advised that the trade shall not use the leaves of Giant Alocasia to cover vegetables during transportation and processing as it is not an appropriate practice, and consumers shall purchase vegetables from reliable suppliers, wash vegetables thoroughly and remove any plants mixed with the edible vegetables. 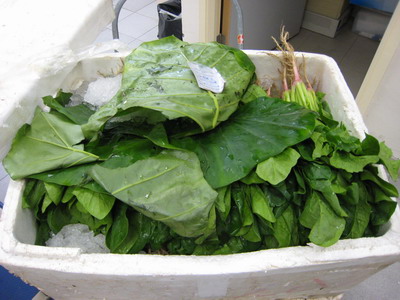 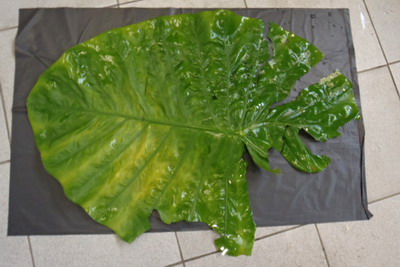