On 11 March 2011, an earthquake registering 9.0 on the Richter scale struck off the northeast coast of Japan. The earthquake and subsequent tsunami have damaged the cooling system of the four reactors at the Fukushima Daiichi Nuclear Power Plant resulting in a release of radioactive substances into the atmosphere and surrounding environment. In this article, we are going to introduce our responses to the nuclear incident in Japan.

The possible contamination of food chain by radiation fallout is shown in figure 1. In view of the incident of radiation leak at the Fukushima nuclear plant, the Centre for Food Safety (CFS) has stepped up surveillance at import level on fresh produce imported from Japan such as vegetables, fruits, milk, meat, and aquatic products, for radiological testing since 12 March 2011. Samples of Japanese food were also taken at retail level for testing of radiation level. The CFS currently adopts the guideline levels, which are international standards, laid down by the Codex Alimentarius Commission's Guideline Levels for Radionuclides in Foods Contaminated following a Nuclear or Radiological Emergency in testing the radiation levels of food. If a consignment of food is tested to have exceeded the guideline levels, the CFS will immediately mark and seal that consignment and arrange for disposal. According to Codex, when radionuclide levels in food do not exceed the corresponding guideline levels, the food should be considered as safe for human consumption.

In Hong Kong, three food samples belonging to two consignments of food (including a spinach, a white radish and a turnip sample) imported from Chiba prefecture, Japan were found to have radioactivity exceeded the Codex guideline level on 23 March 2011. Although consumption of the food will not impose immediate health risk, the CFS made the decision to safeguard public health and food safety through imposing restriction. The consignments had been disposed of and did not enter the Hong Kong market. 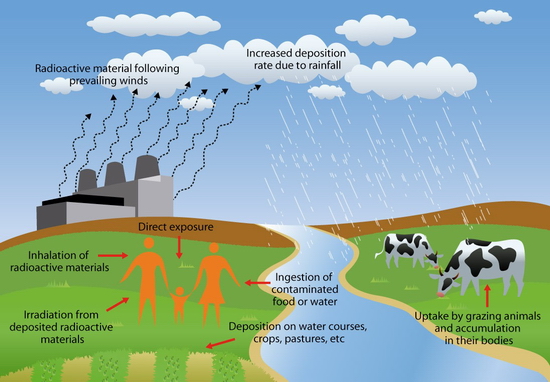 Prohibit Import and Supply of Food from Five Prefectures in Japan

From the beginning of the incident, the CFS has kept close communication with the food traders, Japan authorities and International Food Safety Authorities Network (INFOSAN) for the most updated information. Subsequent to the detection of excessive radiation in two consignments of food mentioned earlier, the Director of Food and Environmental Hygiene issued an Order, with effect from noon on 24 March 2011, to prohibit import and supply of a variety of Japanese food, including all fruits and vegetables, milk, milk beverages and dried milk, harvested, manufactured, processed or packed on or after 11 March 2011 from five prefectures in Japan. The order also prohibits import and supply of chilled or frozen game, meat and poultry, poultry eggs, and live, chilled or frozen aquatic products, unless they are accompanied by a certificate issued by the competent authority of Japan stating that the radiation levels do not exceed the guideline levels laid down by Codex. The prefectures affected include the four prefectures (Fukushima, Ibaraki, Tochigi, Gunma) which Japan government has prohibited export of raw milk, spinach and kakina (a kind of Japanese vegetable), and the Chiba prefecture from which the three food samples were found by the CFS to have unsatisfactory radioactivity results.

As of 20 April 2011, a total of 2 666 samples have been tested. All have satisfactory results except the two consignments mentioned above. The surveillance results were uploaded onto the CFS website for public information.

On 6 April 2011, the Expert Committee on Food Safety held a special meeting to discuss food safety issues related to the nuclear incident in Japan. The Expert Committee on Food Safety considered that the CFS's risk management approach and the prompt issuance of a prohibition order were appropriate and in line with the international consensus. The CFS will continue to strengthen food surveillance at both import and retail levels for food imported from Japan and will closely monitor the situation.