Food Safety Responses in case of a Nuclear Event

Although the chance of off-site emergency is remote at Daya Bay Power Station, which locates in neighbouring Shenzhen, the HKSAR Government is prudent to have established a comprehensive Daya Bay Contingency Plan (DBCP) to address any potential possibilities of such an event as emergency preparedness. The DBCP encompasses responses from all involved government departments and will be activated in response to defined mechanisms. In this article, we introduce the food safety responses in case of a nuclear incident affecting the areas far away from the site.

In the unlikely event of nuclear incident, there would be a chance of accidental discharge of radioactive materials to the environment from civil (e.g. nuclear power stations) nuclear operations. Where such releases occur, radioactive materials released from the source disperse into the atmosphere along the direction of the prevailing winds. The dispersion will be influenced by factors like distance, wind speed, rainfall, concentration of radioactivity in the release, etc. The radioactive substances will deposit on affected areas with the amount of deposition decreases with distance and time. Plants and animals in the open fields may carry surface contaminations. When absorbed and/or taken up by crops, livestock and marine organisms, the enhanced radioactivity may enter the food chain.

The objective of the Ingestion Pathway Counter-measures of the DBCP is to ensure that all food and produce are safe for human consumption. This means that the acute health effects will be totally averted and long term health effects in the population arising from consumption of foodstuff that might contain a low level of radioactive contamination will be minimised.

As a matter of fact, naturally occurring radioactivity is common in the environment. Our body metabolic processes can often repair any potential damage caused by low levels of radiation exposures. After a nuclear incident, any food and produce with radioactivity level exceeding the food control level will not be available for sale in the local market. Advice will be given to the public to ensure that any possible residual radioactive contamination will be further reduced by suitable food preparation, such as removal of the skin or outer layer of foodstuff, thorough washing and time delay to allow for decrease in radioactivity by natural radioactive decay. Acute health effect after consumption of foodstuffs on the market is therefore unlikely. 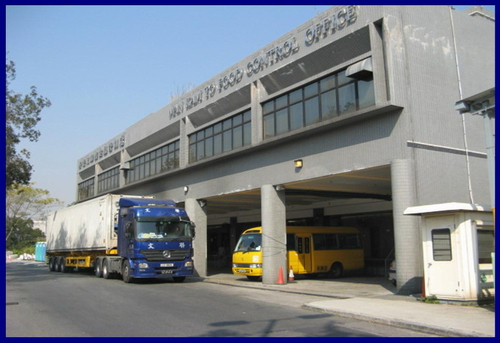 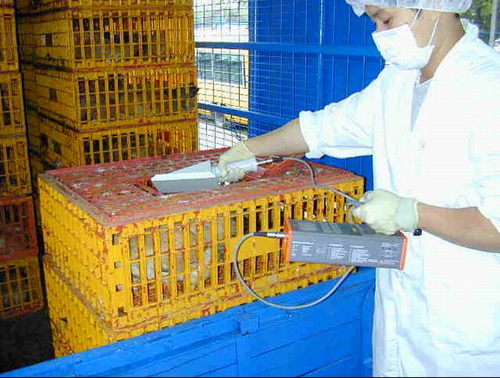 The Centre for Food Safety (CFS) has been conducting a routine surveillance system to monitor the radioactivity in food. The results have always been satisfactory.

In the event of an accident leading to release of radioactivity affecting off-site locations, food produced within 50 km radius of the Power Plant will be monitored by Mainland authorities before exporting to Hong Kong. The CFS will also step up the monitoring of both imported and locally produced food. Those with unsatisfactory results will not be allowed for import or for sale and will be properly disposed.