Food Colours and Hyperactivity in Children 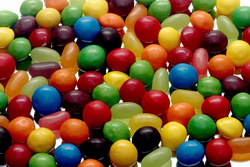 From 20 July 2010, foods to be sold in member countries of the European Union are required to put up a warning statement "may have an adverse effect on activity and attention in children" if they contain certain artificial food colours. This article provides the background information that leads to the decision and also discusses the local views.

Since the 70s, a number of studies have been conducted on the effect of artificial food colours on hyperactivity in children. A study published in 2007 by researchers from Southampton University in the UK received much attention.

In the Southampton study, a group of three-year-old children and a group aged eight to nine years old were given drinks containing mixture of artificial colours at different doses. These colours are commonly used in various foods including children's favourites e.g., confectioneries and soft drinks. Based on the changes on activity and attention of these children, the researchers concluded that exposure to food colour mixtures in the diet result in increased hyperactivity in children.

Table 1. Artificial food colours which may link to hyperactivity in children as suggested by the Southampton study

Implications of the Study

Like many countries, all food colours studied are permitted for use in food locally. The CFS asked the Expert Committee on Food Safety (Expert Committee) for their advice on this study .

The Expert Committee, while agreed that the matter deserved close observation, observed a number of inherent limitations in the study and scientific uncertainties such that a causal link between food colours and behavioural changes in children could not be established. To this end, the current regulatory control in terms of risk management is considered appropriate yet it is prudent to provide advice to the public for making informed food choices, especially for their children.

The Expert Committee ' s views concurred with those of many overseas food authorities. Some authorities e.g. Food Standards Australia New Zealand and U.S. Food and Drug Administration remark simply taking these additives out of a child ' s diet may not eliminate these symptoms and thus have no plan to take any actions. Nevertheless, some authorities, such as the European Union as cited in the beginning of the article, decided to take precautionary measures. The UK is also promoting the voluntary phase out of these colours by the industry.

How Can You Know if a Food Contains Food Colours?

According to the requirements under the Food and Drugs (Composition and Labelling) Regulations, if an additive, including food colour, is used in a prepackaged food, its name or identification number together with its functional class e.g., colour should be labelled in the ingredient list . Consumers can always identify the food additives labelled with its identification number by making reference to the Consumer Guide to Food Additives published by the CFS.