In the past issue, we have savoured a powerful sugar substitute called neotame. Do you prefer something natural? Then you should not miss the one in this issue - steviol glycosides. Just like sugar, they are naturally occurring of plant origin.

From Herb to Sweeteners

Stevia is native to South America. For hundreds of years, people in Brazil and Paraguay have used the leaves of stevia to sweeten teas and foods and have used it as herbal medicine for diabetes, obesity, hypertension, etc. Not until the 70s, the extracts, steviol glycosides, were first commercialised as a sweetener in Japan. Today, stevia is cultivated in many countries and China is the largest grower of stevia as well as exporter of steviol glycosides. 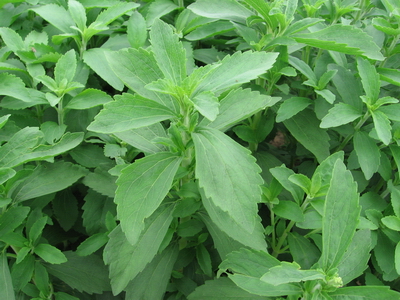 Steviol glycosides are determined safe by both international and national food safety authorities based on the findings that they are of low toxicity and are not toxic to genes or cancer-causing. The Acceptable Daily Intake (ADI) for steviol glycosides is 0-4 mg/kg body weight. Since only small amount of sweeteners is used in foods, the ADI is unlikely to be exceeded upon normal consumption of foods containing steviol glycosides.

Based on the favourable safety assessment results of steviol glycosides by food safety authorities, the international food standard-setting body, Codex, is currently drafting provisions for steviol glycoside for use as a sweetener. To date, steviol glycosides are permitted in many countries including Mainland China, Japan, Korea, the USA, Australia and New Zealand.

In 2002, a large-scale food recall took place in the territory because of the presence of stevioside, the principal sweetening compound of the steviol glycosides, in a variety of food. At that time, food safety authorities around the world have not yet come to a conclusion regarding the safety of stevioside. Now, in view of the latest scientific development, the safety of steviol glycosides has been assured. We will soon be able to enjoy food with these natural sweeteners as the local regulation will shortly be amended to include steviol glycosides as permitted sweeteners.

A Kind Reminder on Sweeteners

In the series of sweeteners, we have introduced to you neotame and steviol glycoside, along with the currently permitted sweeteners. A total of 10 sweeteners will be available in the near future. Although there is no safety concern on these sweeteners, there are "sweet-traps" to be aware of. People with diabetes or weight-watchers may opt for sweeteners. Removing sugar solely from a food does not automatically make it low-calorie or low-fat. Eating too much of these sweeteners-containing food may still lead to high blood sugar in diabetic patients due to other carbohydrates in the food or weight gain due to other ingredients such as fat. So, no matter the food is added with sugars or sweeteners, it is important to maintain a balanced diet.