On 24 August 2009, the media reported that an environmental campaign group took fruit samples from supermarkets in Hong Kong for pesticides testing and found that some samples contained pesticide residues. According to the results of the testing provided by concerned supermarkets, all samples containing pesticide residues complied with the corresponding standards (i.e. Maximum Residue Limits (MRLs)) adopted by the Codex Alimentarius Commission (Codex). 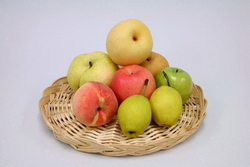 What Are Pesticides and Why Are They Used?

Pesticides are substances used to kill or control unwanted insects, plants, fungi, rodents or other pests. Insecticides, herbicides, rodenticides and fungicides are some commonly used pesticides.

Pesticides have been used in agriculture for many years to prevent crops from being wasted by disease and infestation. Their use also provides the community with year-round availability of, and improved quality and variety in, our food supply, and leads to the production of food at a cost to the consumers that would otherwise not be possible. Pesticides are also used to protect public health by controlling various pests and disease carriers, such as insects, rats and mice.

Although pesticides present the community with significant benefits, there are risks associated with their use. The Joint Food and Agriculture Organization (FAO) and World Health Organization (WHO) Meeting on Pesticide Residues (JMPR) is responsible for evaluating the safety of pesticide and estimating a safety reference (i.e. Acceptable Daily Intake (ADI)) for individual pesticide based on available toxicological and dietary exposure data. Besides the nature of the pesticide, the adverse health effects of the pesticide depend on the amount of pesticide in food and how often the food is consumed.

How Much Pesticide Residue Is Allowed in Food?

In order to protect the health of the consumers while facilitating international trade, Codex has established MRLs for individual pesticide in selected commodities. MRL is the maximum concentration of a pesticide residue to be permitted in a food commodity. The primary objective of setting MRLs is to protect the health of consumers by ensuring that only the minimum amount of pesticide is applied to food for achieving the actual pest control needs. MRLs are based on good agricultural practice (GAP) and are usually well below the levels that would be of concern for people's health. It should be stressed that exposure to pesticide residue in excess of MRL does not automatically imply a hazard to health provided the dietary exposure to that particular pesticide falls within the safety reference value.

In Hong Kong, the Centre for Food Safety (CFS) of Food and Environmental Hygiene Department is responsible for the overall safety of food. CFS operates a food surveillance programme and regularly takes food samples, including fruits, vegetables and cereals at import, wholesale and retail levels for testing of pesticide residues. Currently, CFS makes reference to Codex's MRLs. Food containing residues within Codex's MRLs are considered wholesome and fit for human consumption. Those exceeding the MRLs may reflect deficiency in the practice of application of pesticides or contamination. CFS will take appropriate follow-up action.

During the use of pesticide for crop protection, farmers should follow GAP which include but not limited to the following recommendations –

For more information regarding the registration of pesticides in Hong Kong as well as the safe use of pesticides, please visit the Agriculture, Fisheries and Conservation Department's Website at http://www.afcd.gov.hk .