Last month, frozen falafel products of a certain brand were recalled in the United States (US) due to the linkage with a multistate outbreak of Shiga toxin-producing Escherichia coli (STEC) infections, specifically caused by E. coli O121:H19. How the recalled frozen falafel products being contaminated has not been reported by US authorities. While the Centre for Food Safety did not identify local sale or import of the affected products, the public was advised to discard the affected products should they have acquired the products online. According to the World Health Organization, foodborne STEC infections cause about one million illnesses each year. In this issue, we will talk about the latest understanding on this public health issue.

Some E. coli strains are pathogenic

E. coli are part of the common flora found in intestines of animals and humans. Most of them are non-pathogenic, but some E. coli strains are able to cause gastrointestinal illness in humans; STEC is of particular concern. STEC comprised a large, highly diverse group of strains which produce the Shiga toxin (Stx). All STEC strains probably have the potential to cause diarrhoea but some can cause severe illnesses.  The most well known one is E. coli O157:H7 which can cause haemorrhagic colitis (bloody diarrhoea) and life-threatening hemolytic-uraemic syndrome (HUS) (causing damage to blood vessels in kidneys resulting in kidney failure), in humans. Apart from E. coli O157:H7, other serotypes, such as O121, have also been associated with outbreaks of human cases. However, latest scientific information suggested that determining the serotype cannot accurately predict whether a strain would induce severe outcomes like HUS.

STEC causes disease by entry into the human gut, such as through consumption of contaminated food, subsequent attachment to the intestinal epithelial cells and release of Stx inside the gut. Recent review1 reported that the presence of genes related to the attachment ability and the production of specific Stx types respectively in STEC strains can be used to estimate STEC strains' potential severity, from causing mild diarrhoea, bloody diarrhoea to severe HUS.

Common Sources of STEC in Outbreaks

Hamburger meat is known to link to E. coli O157:H7 in which bacteria on meat surface are brought to the inner part of minced meat and survive when the minced meat is undercooked. In addition to beef, other food items have been implicated in outbreaks of STEC. Analysis of outbreak data revealed that the most frequently attributed source of STEC globally was beef, followed by produce (fruits and vegetables) and dairy products1. To address the threats of STEC, development of guidelines by international authorities for the control of STEC in beef, raw milk and cheese produced from raw milk, leafy greens and sprouts is underway. 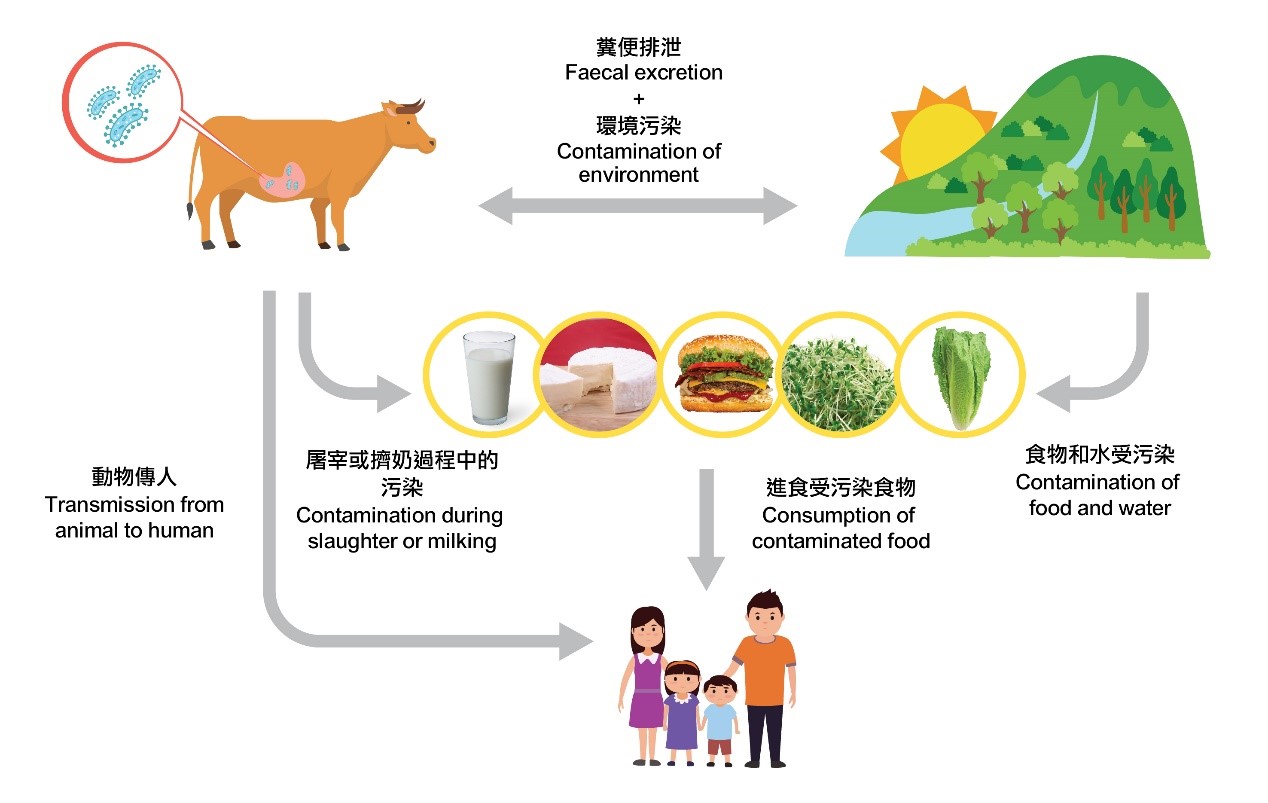 Frozen Foods May Not Be Fully Cooked

Consumers should beware that not all frozen foods are fully cooked or ready-to-eat, ingredients such as herbs that is contaminated with bacteria could be preset in frozen food. That said, the risk of STEC can be reduced by sufficient heat treatment of the frozen food before consumption. Unlike the heat stable toxin produced in food by some foodborne pathogenic bacteria like staphylococcus aureus, Stx is seldom produced by STEC in food unless the food is heavily contaminated to a level that would result in spoilage of food. Should there be contamination of frozen foods with STEC, it can survive under frozen condition. While some frozen products may seem cooked, consumers should always check the instructions on product packaging to see if the food is needed to be reheated or cooked before consumption.