On 3 September 2021, the Ministry of Agriculture, Livestock and Food Supply (MAPA) of Brazil confirmed the diagnosis of two atypical bovine spongiform encephalopathy (BSE) cases in cattle in the states of Minas Gerais and Mato Grosso.  In the past 23 years of surveillance for the disease in Brazil, there have been a total of five reported cases of atypical BSE in cattle. According to the latest World Organisation for Animal Health (OIE) Resolution No. 17 in May 2021, Brazil is recognised as having a “negligible BSE risk”. Worldwide, there have been slightly more than 90 cases to date of atypical BSE detected in cattle in various countries, including European Union, USA, Canada and Japan. 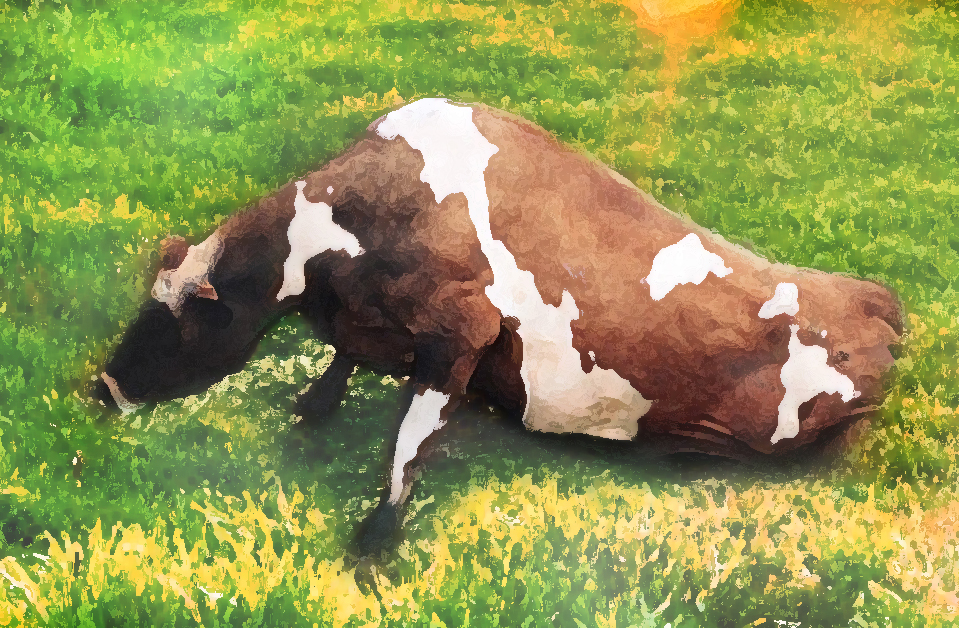 BSE is a progressive, fatal disease through degeneration of the nervous system in cattle that is caused by the accumulation of an abnormal protein called ‘prion’ in nervous tissues. It is characterised by formation of a sponge-like pattern in brain. It is one of a group of diseases known as transmissible spongiform encephalopathies (TSEs), or prion diseases.  This group includes scrapie in sheep and goats, chronic wasting disease (CWD) in deer, Creutzfeldt-Jakob disease (CJD) and variant CJD (vCJD) in humans, and “Kuru” amongst the Fore people of Papua New Guinea.

Types of BSE in Cattle

There are two forms of BSE in cattle: the classical BSE occurs in cattle after ingesting prion-contaminated feed, while the atypical BSE is believed to occur spontaneously in all cattle populations.

The link between classical BSE in cattle and vCJD in humans with consumption of BSE contaminated food makes it a public health issue. It has been proven that certain tissues of infected animals, namely the specified risk materials (SRMs), are most likely to contain and therefore transmit the BSE prion. According to the OIE, these tissues include brain, eyes, spinal cord, skull, vertebral column, tonsils and distal ileum.

Classical BSE was identified as a significant threat in the 1990s but its occurrence has markedly decreased over the past years, as a result of the successful implementation of effective control measures, and its occurrence is now estimated to be extremely low (close to zero cases).

What is Atypical BSE?

In the early 2000s, atypical prions causing atypical BSE were identified as the result of enhanced surveillance for TSEs. The number of cases of atypical BSE is negligible.
Atypical BSE refers to naturally and sporadically occurring forms, which are believed to occur in all cattle populations at a very low rate, and which have only been identified in older cattle when conducting intensive surveillance.

To date, there is no evidence that atypical BSE is transmissible. However, measures to manage exposure risk in the feed chain of cattle, such as preventing the SRMs and meat-and-bone meal from entering animal feed continue to be recommended as a precaution. Atypical BSE does not bring sanitary or trade restrictions to the country by the OIE, although temporary suspension of beef exports may be imposed by bilateral sanitary protocol agreements between two nations or areas.

Under the Imported Game, Meat, Poultry and Eggs Regulations (Cap. 132AK), it is specified that each consignment of imported beef must be accompanied by an official health certificate stating that the meat is fit for human consumption.

Hong Kong has established a beef import protocol with Brazil.  Included in the health certification are specific health requirements addressing infectious diseases, hygienic practices and harmful substances, including drug and chemical residues, and animal welfare provisions. More specifically with regard to BSE, the health certificate attestations include handling and produce of meat or meat products in accordance with recommendations made by the OIE under the Terrestrial Animal Health Code, providing full assurances that imported meat is fit for human consumption.

In the next issue, we will cover the current position of classical BSE worldwide.