The current outbreak of coronavirus disease (COVID-19) has been spreading rapidly around the world.  COVID-19 was believed to be caused by a novel coronavirus (SARS-CoV-2), originated in animals and plausibly jumping across the species barrier to infect humans, The virus has then sustained a human-to-human transmission.

Zoonoses are diseases or infections transmitted between some animals and humans.  There are various ways in which people can catch a zoonosis: through direct contact with animals or materials contaminated by these animals, being bitten by a germ-carrying vector such as a mosquito, as well as through drinking contaminated water or eating contaminated food (foodborne zoonoses).  While COVID-19 is likely a zoonosis, can we acquire the disease through eating? 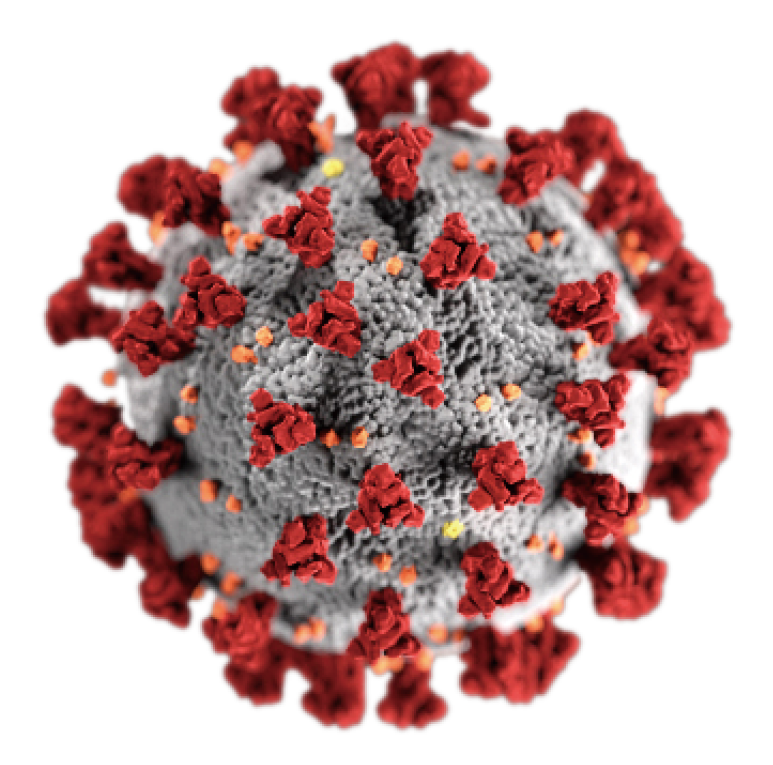 In general, foodborne zoonoses are transmitted because of poor food or personal hygiene practices, such as contamination during food processing or handling, inadequate cooking and improper food storage.  Such poor practices may result in germs being transmitted via the faecal-oral route.  Following ingestion, the germs would invade the cells of the gut. Subsequent replication takes place either at the same site or elsewhere in the body and cause illnesses as a result.

COVID-19 is caused by coronaviruses (CoV).  There are many different types of CoV.  Some cause diseases only in animals such as cattle, pigs, cats, dogs, birds and rabbits.  Including the latest SARS-CoV-2, there are seven types of CoV which have been proven capable of infecting humans and all of them originated from animals, i.e. zoonoses.  CoV can cause illnesses in people ranging from common cold to other more severe diseases such as Middle East Respiratory Syndrome (MERS) and Severe Acute Respiratory Syndrome (SARS).

The CoV that causes COVID-19 has not been previously found in humans.  It is indeed structurally very similar to the SARS CoV.  While there are more to be explored about COVID-19, SARS is relatively well-studied.  From the experience with SARS, it is unlikely that COVID-19 is transmitted by consuming food.  Various food safety assessment authorities from overseas countries including the European Union, Australia and New Zealand share the same view.

Initial investigations suggested that the virus may be present in the faeces of some infected people.  However, spreading through this route does not seem to be a main feature of the outbreak.  The predominant route of transmission still appears to be mainly from human to human, usually via respiratory droplets.  According to the World Health Organization (WHO), the risk of catching COVID-19 from the faeces of an infected person appears to be low.  Because this is a risk, however, we should clean our hands regularly, especially after using the bathroom as well as before eating and preparing food.

Typically, it is uncommon for CoV to be associated with foodborne diseases.  One exception is MERS: from the cases reported in Middle East, there is evidence that people can get infected with MERS by drinking unpasteurised raw camel milk, which is again associated with inadequate cooking process.

Although there may be new germs identified every now and then, the basic principles of good personal and food hygiene are always applicable and can safeguard you from potential foodborne zoonoses. The WHO has advocated five simple and effective keys for people to follow to prevent foodborne diseases. They are: