Review of Food Incidents in 2019 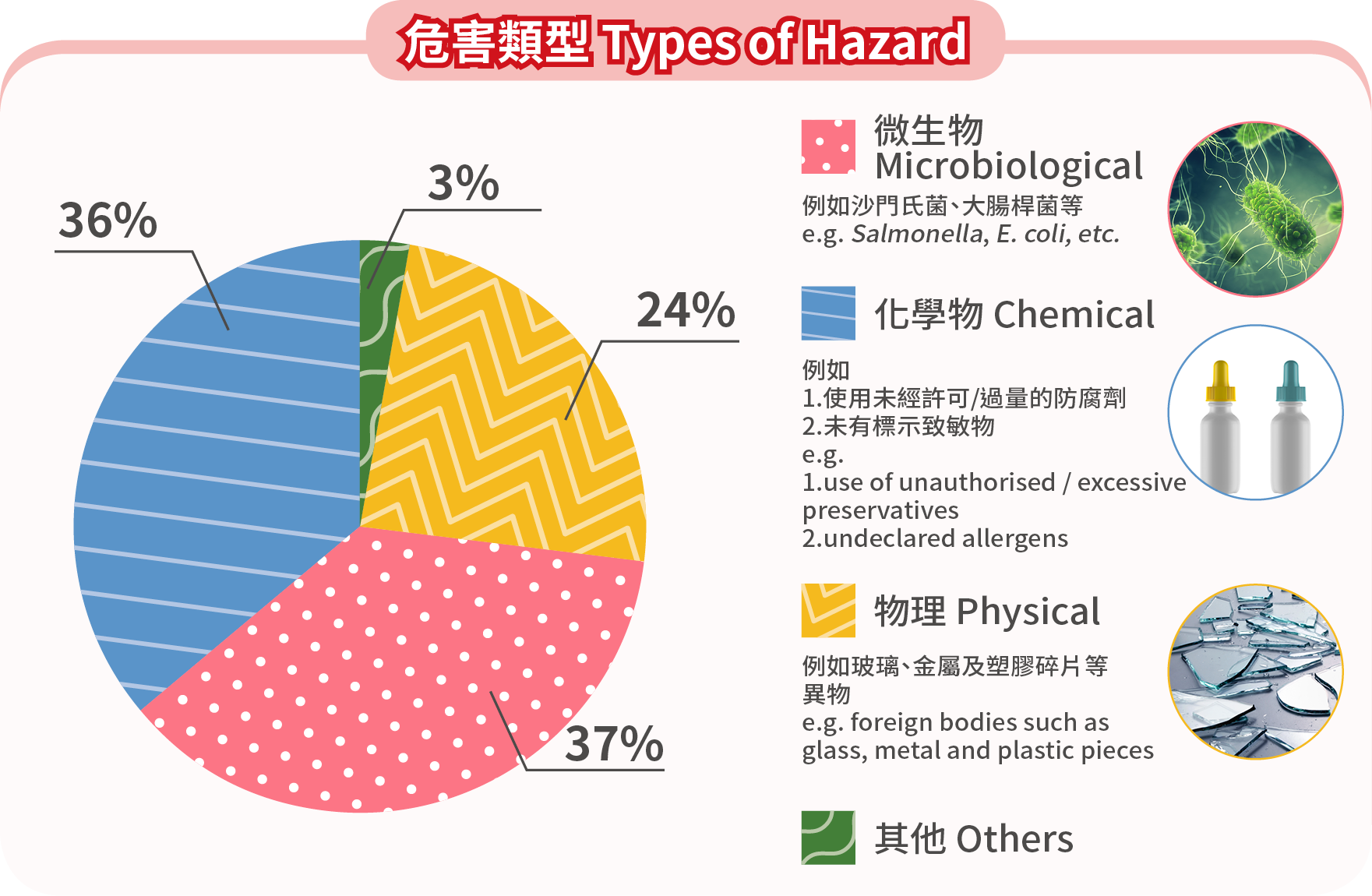 The Centre for Food Safety (CFS) has established a Food Incidents Surveillance System (FISS) to monitor and review food incidents that occur outside Hong Kong. Through the FISS, the CFS proactively identifies food incidents through screening websites of national food authorities. The CFS also participates in international food safety information networks, such as the International Food Safety Authorities Network (INFOSAN) jointly managed by the Food and Agriculture Organization of the United Nations and the World Health Organization, as well as the "Rapid Alert System for Food and Feed (RASFF)" of the European Union to further broaden our network of intelligence. The FISS is an established platform that enables the CFS to respond readily to events with potential food safety implications to our local population.

In response to food incidents that might have local impact, the CFS took various pertinent actions, including contacting relevant authorities and traders, issuing local alerts to inform the public and the trade and collecting relevant food samples for analysis, where indicated. When the affected products were available locally, the CFS might instruct the trade to stop sale and initiate recall of the products. Public announcements might be made to recall products and to provide appropriate food safety advice.

We use the following example to illustrate how the FISS could help reducing the local impact of food incidents and safeguard public health.

Romaine lettuce suspected to be contaminated with E. coli O157:H7 in Salinas, California, the United States

In late November 2019, the CFS, through the FISS, noted a notice issued by the Food and Drug Administration of the United States about its investigation of an outbreak of E. coli infection that was likely linked to the consumption of romaine lettuce produced in Salinas, California.

For the sake of prudence, the CFS immediately suspended the import into and sale within Hong Kong of romaine lettuce produced in the area concerned. Investigations showed that two importers had imported the affected products into Hong Kong. The two importers concerned stopped the sale, removed from shelves and initiated a recall of the affected products according to the CFS' instructions. A press release was issued to inform the public and provide food safety advice. The CFS also alerted the trade to stop using and selling the products concerned immediately should they possessed it.

In addition, the CFS had enhanced the surveillance of romaine lettuce produced in California at both import and retail levels. The test result was satisfactory for E. coli O157:H7. The CFS closely monitored the incident and reviewed the import control arrangement for romaine lettuce from Salinas, California.

There were no reports of local food poisoning outbreak and food complaint arising from this incident. The import suspension on romaine lettuce from Salinas to Hong Kong was subsequently lifted on 24 January 2020. This case demonstrated the role that the FIIS plays in early identification and intervention of food incidents that may have potential impact to the local population.

In sum, the effective food incident surveillance and response system put in place has enabled the CFS to detect and manage food incidents in a timely manner for safeguarding food safety.