Recently, there were discussions on whether rainbow trout (Scientific name Oncorhynchus mykiss) can be named “Salmon” as it belongs to the same scientific category of “salmonidae” fish, just like Atlantic salmon. Meanwhile, a local TV programme introduced the Carp Yu Sang dishes as a delicacy. These two incidents have given rise to public concern on the food safety of freshwater fish sashimi.

Fish borne parasites have complex life cycles, involving multiple intermediate hosts. Unfortunately, some commercially important fish, e.g. carp, are intermediate hosts to these parasites. During rearing these fish, they may acquire eggs or cysts of the parasites through the contaminated environment or the feed they ingested. People will be infected when consuming raw or undercooked fish containing the parasites.

Good aquaculture practice can reduce the risk of parasite infestation.

Some European countries such as Norway have developed special aquaculture practices to control parasite infestation in farmed fish (Figure 2). It has been accepted by the European Union that farmed fish cultured from embryo, fed with parasite-controlled diet (e.g. feed that has been heat-treated), and reared in parasite-free environment have a much lower risk of parasite infection. Nevertheless, these fishery products must still be inspected regularly for presence of parasites that somehow get their way to the farmed fish. However, fish such as carp cultured in Southeast Asia are not traditionally cultured in such controlled environment. 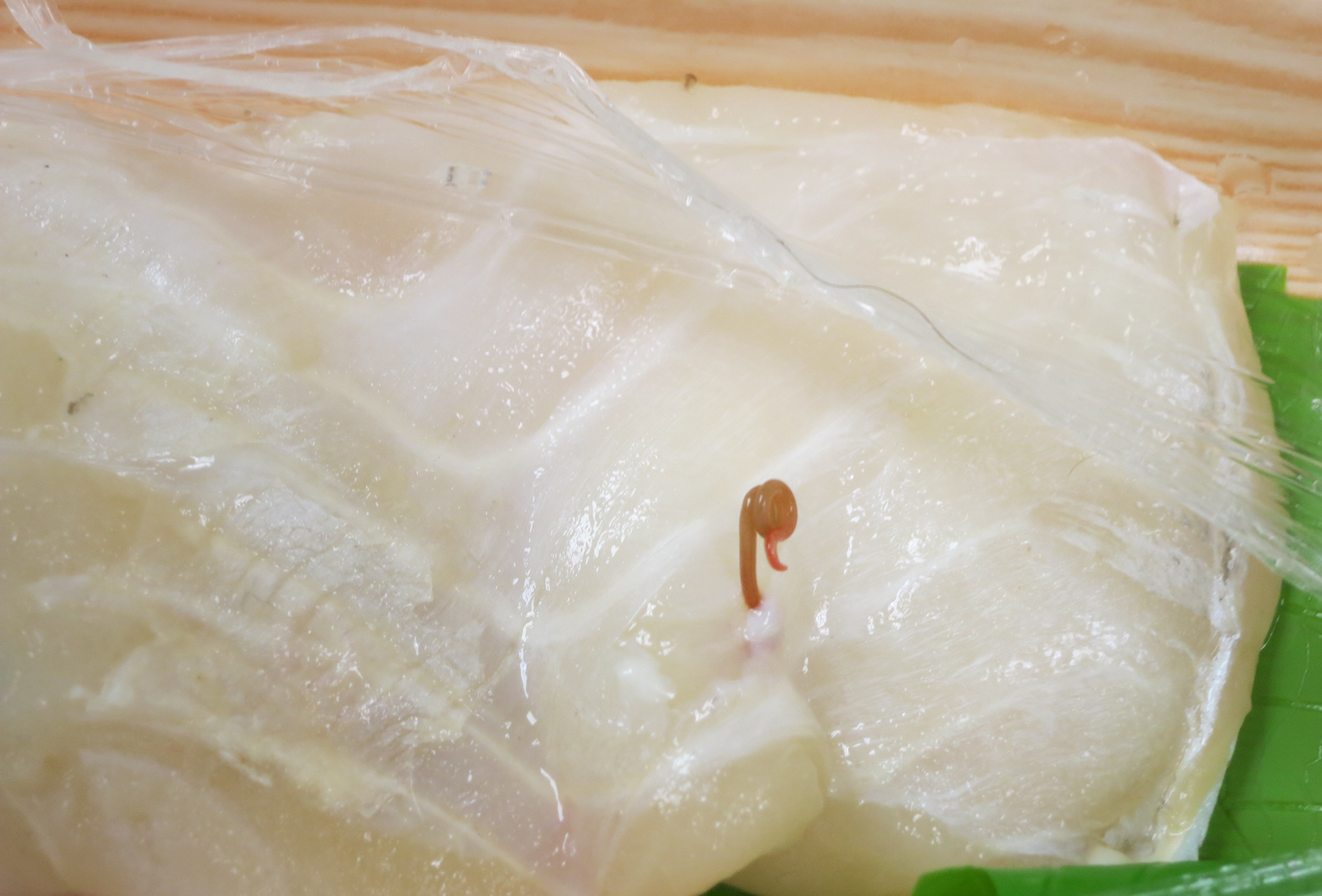 A photo taken from a food complaint case of a suspected parasite found in raw fish.

Killing Parasites in Fish by Freezing

To deal with parasites in fish, the European Union and the Food and Drug Administration (FDA) of USA require fishery products intended to be consumed raw to go through freezing treatment to reduce the risk of parasite infection. For example, fish intended for raw consumption should be frozen at –20°C or below for seven days or at –35°C for about 20 hours before sale. Only fish products produced from properly controlled environment are exempted.

To summarise, choose the way to eat fishery products wisely. If the fish, regardless of marine or freshwater, is not raised in controlled environment or the product is not treated properly, it may carry parasites (Figure 3). There is a risk of getting parasite infection from consuming raw fishery products.